AT LAST: Metro Will Run All Rail Lines Until 2AM Friday & Saturday Nights 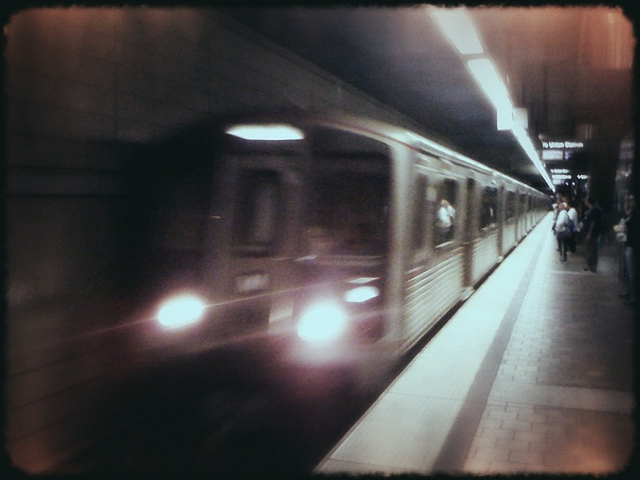 Photo by fredcamino via the LAist Featured Photos pool

Metro has perhaps heeded the cries of the party people who would totally "Go Metro" if they'd run the damn system late on weekend nights.

Metro's blog, The Source, has just revealed that Metro CEO Art Leahy has announced plans for extended late-night service on all rail lines as well as the Orange (bus) Line. The extended service hours could begin as soon as the end of the month.

Here are the details:

•All Metro Rail lines will run until 2 a.m. on Friday and Saturday nights. That includes the Red/Purple Line subway, the Blue Line, Expo Line, Green Line and Gold Line.

•Trains will run every 20 minutes between midnight and 2 a.m.

•The plan at this moment is to begin late-night service on the weekend of July 27-28 but Metro is also working to determine if late night service is needed on the Silver Line, as well as working with Metrolink on the possibility of extending their service to connect with Metro’s.

Expect more specifics from Metro in the coming days and weeks.