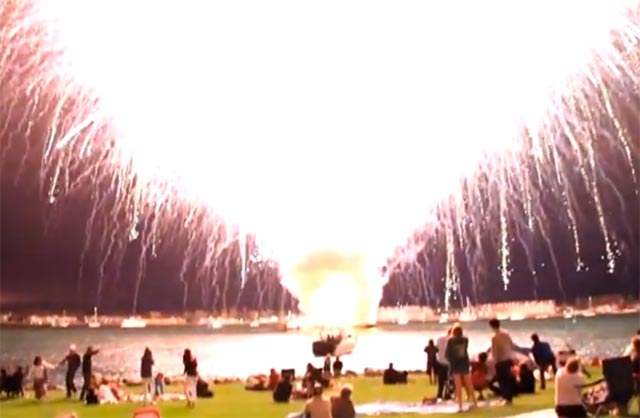 Celebrate the week-anniversary of the breathtakingly botched Big Bay Boom July 4th fireworks by watching this just-released—and insanely close—footage of the display. A Redditor posted the video, explaining, "It's a bit late but here is DSLR footage I took of the SD fireworks at a park directly across the water from one of the barges. Behold as night becomes day."

The Big Bay Boom's fireworks definitely went off with a boom, when some sort of malfunction caused the 18-minute program to go off in 15 seconds. The NJ-based fireworks company blamed it on computers or something. The Big Bay Boom producers say they are planning a make-up—how about a 36-minute show's worth of fireworks jammed into 30 seconds?