Man With Pants Down Bites Cop Escorting Him Out of ER 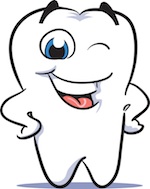 A man who refused to leave a Burbank hospital over the weekend opted to take a bite out of the police officer attempting to escort him off site.

41-year-old Demetrius Adam Moser was first asked to leave the emergency room of Providence Saint Joseph Medical Center when he was smoking in the facility, according to the Burbank Leader.

Officers asked Moser to go, and he initially complied, but within the hour he was back, and refusing to leave.

Hospital staff considered Moser a trespasser at this point, and this time, when the cops arrived, Moser had his pants down around his knees. When one officer approached Moser to take him into custody, Moser bit him on the hand. The officer sustained minor injuries, and Moser was ultimately successfully apprehended not only for trespassing, but also for assaulting an officer.