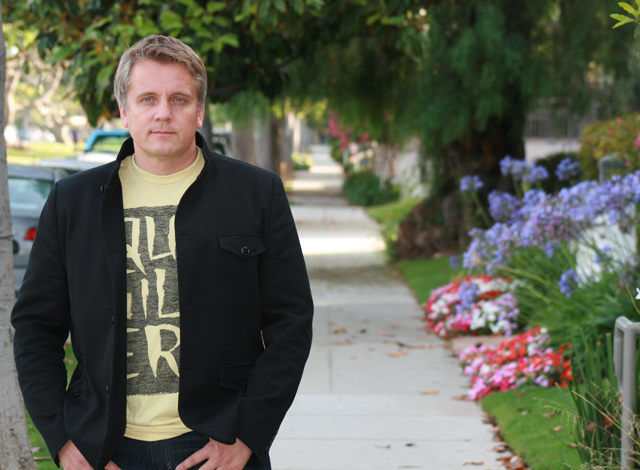 With the Internet's promise of unlimited information at your fingertips, finding ways to help users discover information of interest has become a big challenge and big business. Google may still be the undisputed king of search, but the tides are always changing in the battle for social news supremacy.

LAist sat down with Marcus Hirn — web developer and social media guru with over 17 years of experience in IT, both front and back end web development, networking, law, and marketing — to discuss the decline of sites like Digg and Reddit and why he thinks his new social network, Thruzt, may be able to fill the resulting void.

LAist: How has the social media landscape changed since you started?

Marcus Hirn: The Social Media Landscape has changed drastically since I really delved into it over 7 years ago, but it became especially interesting when I got more active on Digg and Twitter about 4 years ago. At that time, the so-called “Digg and Slashdot effect” was still working. That meant that if a story “popped” on either one’s front page, there would be so much traffic the website each story was linking to would crash. The “Digg effect” was truly powerful and social media people, journalists, and bloggers tried their hardest to reach the front page. The community was outstanding and Digg was almost like a drug where you kept attention down to the minute on what was happening.

Everything changed in Aug. 2010 when Digg launched Version 4. Digg changed their code to reclaim control over the “popping” stories as well as to force diggers to spend more time on the site. That was the beginning of the end for Digg. At first there was confusion, then anger, followed by mass exodus from Digg. Some users moved over to Reddit, which is now the leading bookmarking site. Others just gave up on Digg. Slowly over the following two years, Digg lost almost all of its community members and the Digg staff went over to the Washington Post. At this point, the future for Digg is uncertain.

Facebook, Twitter, Stumbleupon, and Pinterest are all struggling with the same problems. They are trying to keep users on their sites, as if that is somehow a recipe for success. Stumbleupon also changed their algorithm a year after Digg (Aug/Sep 2011) resulting in much frustration for its community. They are still very strong in the social media arena but focus predominantly on photography. Facebook dominates all communities, but their setup, as well as Google +, is also to keep all users on their own site instead of driving traffic to 3rd party websites. With Facebook’s constant changes, it’s very hard to like the site as the majority of users are very conservative and do not enjoy changes that force users to relearn everything. Twitter is still very active but suffers from what I call “too-much-information-too-fast syndrome.” Meaning, many great stories get lost in the massive amounts of tweets each day. Twitter is great for fast news and I for one still favor their services. When used correctly, it is still a very powerful tool.

As for Reddit, they have a huge following and have been very active fighting for online freedoms. They organized an unprecedented “strike” in protest of Stop Online Piracy Act (SOPA) earlier this year. Surprisingly, however, Reddit has pivoted and two weeks ago was reported to have a blacklist of huge sites like the New York Times and Wired. Nobody really understands why and it is not in their favor. They are making the same mistake Digg did, where they try to force user behavior. Let’s just hope this will not kill Reddit as it is really a great site with an outstanding community.

There is so much information out there on the Internet today, with plenty of low quality content being created solely for SEO purposes. What is Thruzt and how does it plan to address the challenge of finding relevant content of high quality?

First and foremost, Thruzt.com is meant as a tool for rebuilding the lost Digg community and also be a tool for generating traffic to news articles, blogs, photographs, and other websites, as well providing Thruzt readers with compelling content. We have a totally different philosophy at Thruzt.com about what a microbookmarking site (like Digg, Reddit, Twitter, etc…) should be. We believe in transparency and freedom from regulations. This means anyone can submit any article, blog post, or photo regardless of what the site is about. As long as it is of interest to the Thruzt community, not illegal or directly selling ads or pornography, they are kept in the stream of stories. The community members then vote and decide what stories should reach the front page, just like on Digg and Reddit).

A HUGE difference is that Thruzt is not supposed to be “fair” and give everybody equal attention. Instead, we are looking at Thruzt as a reality game where users submit whatever they want attention to and they need to figure out how to connect with other Thruzt users in order to win their votes. We call it the “Game of Social Media Networking.” The key is becoming part of a community and then learning how to get attention to yourself and your submissions. We have made “Gaming” the game itself. We have placed many tools, like a friend submissions page and a “howl” page (twitter like feed) on thrust, all so that users can communicate better.

As for the questions of finding high quality stories, it is up to the community to accept (Thruzt) the story to the front page or “nix” it. But experience tells us that only top quality stories will reach the surface. When users see crap submission like coupons, direct ads, or just bad blog posts, they “nix” them away. It’s a natural selection and experienced users understand that quality always rises to the surface. Good stories sometimes are nixed away but that is then a failure on the submitter’s part. The submitter must have made enemies with his/her prior actions for them to react so strongly and “nix” a good story. Again, it is not only about the quality of a story but also your networking skills.

What are the opportunities for social media networks like Thruzt in relation to a declining Digg?

I strongly believe that there is room for many more sites like Digg and Reddit. Why should there be only one or two that dominate? I believe that many new and old communities will surface in many different forms. The internet is all about information, be it a Google search or a post on Thruzt. It is how people chose to focus their attention that is relevant. Old style marketing still works, but needs a tweak or two for the interwebz.

Thruzt is meant to be a visual search platform; hence the Pinterest-like design. I think the near future holds many new sites using this layout. I am also confident that in a few years we’ll have something entirely different again. It’s just the way the internet works. People get tired of old and want new. But people are also conservative, so big changes in small packages is the way to go. Thruzt has been up since May 7, and after only 6 weeks we have fantastic activity. The site is still in its infancy, but we have 1231 registered users and growing each day. We’ve received 3548 story submissions and 72,466 thruzts (votes cast). We have almost 8 minutes average time on site and not more than 33% bounce rate. Simply stated, our community is hyper active and loyal.

Sites like Digg and Reddit discourage promoting your own content, but Thruzt not only encourages it, but the site was built as a game. Why this choice and do you have any tips for new users?

Thruzt is all about transparency and networking. We believe in natural selection where quality and network pops a story. There is no underlying motive to control user behavior. In fact, my very strong personal attitude towards all this is that I HATE censorship and will fight against it. The only thing I believe in, as for restrictions, is a few simple rules that I think are beneficial to the Thruzt community: no direct ads, illegal stuff, nor porn. If any story has relevance as news or fall into any of the many thruzt.com “paths” (categories), then the submission gets a fair go at getting attention.

Tips for new users would be to first observe what kind of stories are reaching the front page. How many votes are needed, who votes, and who doesn’t. Try and start networking with new friends. For instance, users with a lot of activity are better than a one vote, one submission account.

My hope and prediction for Thruzt is that we will have a significant and very powerful community before the end of its first year of existence. The numbers already tell us this will happen. Other sites will probably be forced to change a few things in order to survive. Some sites will close down as they will not manage to maintain their own communities.