Bicyclist In Critical Condition After Hit-And-Run Near Mulholland Drive 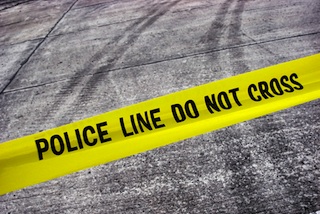 Photo by Olivier Le Queinec via Shutterstock
A 55-year-old bicyclist is in critical condition after he was hit by a driver who later fled the scene in the Hollywood Hills on Friday, police said.

The man was hit while he was riding south on Outpost Drive near Mulholland Drive around 4 pm on Friday, according to a release from the LAPD. The driver was believed to have been driving a rust-colored, late-model Jeep Cherokee, police said. The driver left the scene immediately, which is not only callous—it's a felony.

The bicyclist's injuries are serious and he's listed in critical condition at a local hospital. If you know anything about the collision, call the West Traffic Division Detective Section at (213) 473-0234.

In other bicyclist-related news, Antonio Cortez, 40, died two weeks after he biked into an open door in Santa Monica.