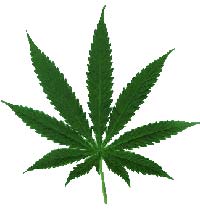 When your house catches fire, what do you grab on the way out? The pets, the vital documents, your meds? If you're stashing $6 million worth of marijuana and your dinner erupts in flames, you might want to think about taking it...before the cops do.

When a stove top fire brought authorities to the scene of a condo in Norwalk Thursday night, deputies from the Los Angeles County Sheriff's Department found an empty home, and a scorched meal as the source of the fire, according to the LASD. They also noticed a bunch of marijuana in the other rooms, and when the fire was put out, they arranged for a search warrant.

Deputies seized over 2000 pounds of packaged marijuana with an estimated street value of at least $6 million.

They haven't found any suspects, and the LASD are investigating the condo owners to find out whose stove pot caught on fire, and, more importantly, whose pot they took away.