Measure R Sales Tax Could Be Extended Another 30 Years 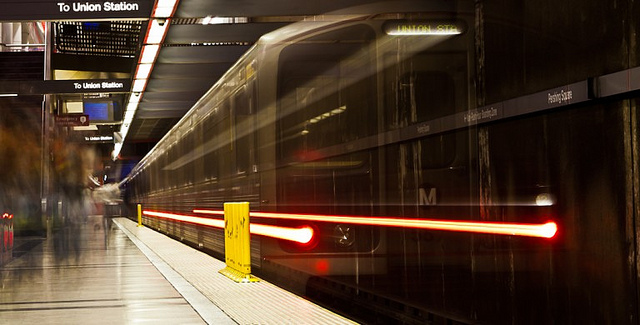 Photo by andrewrabyphoto via the LAist Featured Photos pool on Flickr

Have you minded paying a half-cent extra in sales tax these past four years that helps fund transit projects? We're going to be paying the tax, courtesy Measure R, until 2039, but that tax could be extended another 30 years as soon as this fall.

Today the Metropolitan Transportation Authority Board of Directors agreed today to ask Los Angeles County voters in November to approve an extension of Measure R, according to City News Service. That would have us taxed for Measure R until 2069.

Should the ballot measure pass, "officials plan to borrow against future revenues to help expedite the transit projects funded by Measure R, including the Westside Subway Extension, so workers can break ground on the efforts in five years instead of 20," points out L.A. Now. Those funds are going to cover it all, though; the project will also require billions of federal loan bucks. (Not to mention Beverly Hills residents to let them actually put the tunnels under Beverly Hills High School.)

While the MTA board endorses the ballot measure, not all of L.A. County's leaders support the idea. L.A. County Supervisor Don Knabe said the following in a statement:

“While the vision that is driving the current effort to make the Measure R sales tax permanent is well-intentioned, it is disingenuous to the voters to give a blank check to the MTA. The sales tax currently does not expire until 2039, so there is no reason to extend it unless we want to spend the next generation’s money today."