Here's What a Walmart Takeover of LA County Would Look Like 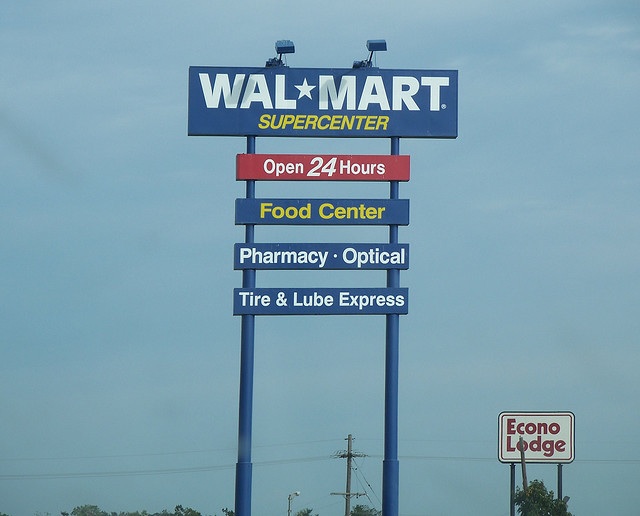 If Walmart’s plan to put down roots in Chinatown got you worried, then this map from Frying Pan News should make you downright terrified.

According to the staunchly anti-Walmart website, the map represents what the LA area would look like if the retail giant, which owns 21% of grocery stores in rural and suburban America, had that same share of the market here.

In total, it comes out to 212 locations.

Sent in a press release from the Los Angeles Alliance for a New Economy (LAANE), the map doesn't reflect any actual plans on the part of Walmart (that we know of), but it does paint a frightening picture to those who oppose the massive chain making a home in our city. LAANE explains that 212 Walmart locations in LA County would lead to an “estimated loss of 8,744 retail jobs and $621 million in annual wages," adding that "We anticipate the multi-billion dollar retailer will attempt to gain the same market share in Los Angeles as it has across the country.”

LAANE “calculates” that Walmart has plans for all 212 stores, but for now, we only know that the retailer has designs for stores in Chinatown, Panorama City and Altadena. After embarrassing debacles like a Walmart PR flack posing as a reporter, and LA’s historic opposition to Walmart-type stores, the vision of an LA saturated with Walmarts from Woodland Hills to Pomona might be a bit overblown - or, just fuel for this Saturday’s planned anti-Walmart rally in Downtown LA.