When UK-based musician Ben Howard released his first album, Every Kingdom, he figured it would likely be a few years before he'd get to play larger venues and tour the United States.

But word of his singing, songwriting and guitar skills spread quickly. Within months of its release in the UK last fall, the album went gold. Then, following Every Kingdom's US release in April, Howard sold out his first-ever L.A. shows at the Troubadour on June 5 and 6.

Although Howard is an avid surfer, he won't have as much time to hit the beach this year, as he'll be touring North America, Europe and Australia through December. Lucky for us, he'll return to L.A. this fall to play a show at the Fonda Theatre. LAist caught up with Howard at La Conversation a few hours before his first Troubadour show.

LAist: Is it true that "Old Pine" is a story about a tree that nearly fell on you during a camping trip?

Ben Howard: Yeah, that song is about growing up, but it's also about a trip we took to France—to a beautiful region with loads of pine forests. We were camping in a forest when a storm hit us, and the campsite owner made us move in the middle of the night. We weren't happy, to say the least.

The next day, a tree fell where our campsite had been. We returned to the spot and saw that it went right in the middle of our tent outlines. So we were really thankful!

There are references to water in various forms throughout the album. Was the rain at the beginning of "Promise" recorded outside the barn that served as your recording studio?

That was the sound of rain on the roof. We essentially played Russian roulette with two ribbon mics that night. It was around 2 a.m. and it was pissing down with rain—big fat raindrops.

So you kept the rain but took the cow sounds out?

Yeah, there was a lonely cow at one point.

Ben Howard - "Keep Your Head Up"

It looks like the cows got their revenge with their cameo in your video for "Keep Your Head Up."

They started eating our fucking slide! We couldn't get rid of them. The first night we dropped off the hay bales, they started eating them. Then the next day when we built the slide, they kept coming back—tugging at it, trying to figure out what it was.

It looks like you had a blast on that video, cows and all.

We get friends to do all our videos and photos, so that keeps it fun. We've never done anything too conceptual. My theory is if you enjoy what you're doing, you'll come out with something cool.

And your bandmates are in the video with you?

Bourne and Bond…when did you realize you were performing with super-spies?

That literally didn't occur to me until just recently when someone pointed it out on a radio program. It's great!

Getting back to the music video, it's fun how at the very start, you play around with some quintessential singer/songwriter imagery. Was that the concept from the beginning?

That was the whole point. We were just taking the piss out of ourselves. After we signed with Communion [the label co-founded by Mumford & Sons' Ben Lovett], we got chucked in that whole singer/songwriter/surfer/folk musician from the countryside mold. Bare feet, hay bales, walking through a field—we thought it was quite funny.

As the music industry changes, do you think the Communion model is the way to thrive as an artist?

Many of your songs seem to end up in an unexpected place—a sadder song ending with hope, or the instrumentation continuing the thread of the story. Is that usually a conscious decision?

When it comes to lyrics, definitely. Sometimes I end up writing a depressing song and try to put some sort of twist of hope on it. It's always fun when your opinion changes through the song as you come to a realization or something changes.

That seems to be the case with "The Wolves."

That one's kind of a funny tune when you consider the fact that the song is about frustration and this idea of losing faith in love, and getting frustrated with other people, then it ends with the entire audience singing "Love, love, love..."

Was it a trippy feeling the first time people started singing that line with you?

Totally. It was during a little gig in England, and it's become one of the most enjoyable parts of the set. I've never been one to coax the audience into a "you sing this" situation, but it's sweet that you can get a room of people singing that line.

There's a great sense of rhythm in your music. Have you ever written a song by starting out with just the rhythm/percussion?

Not necessarily the percussion. More and more, I'm trying to write simple songs. When I started out, there was this need to impress other people. I think as a songwriter in general, there's a certain demand to impress, so I was always trying really hard.

So now I try to find the groove and what's important in a song rather than trying to impress.

If you had to summarize the album with a lyric, what would it be? Perhaps "I've been worrying that we all live our lives in the confines of fear"?

Probably "I've been worrying" more than "we all live our lives in the confines of fear." (laughs) I definitely worry about a lot of stuff.

People have asked me if I had any sort of message that I wanted to put across on the record, but I didn't really have one specific thing in mind. I just wanted to play music I really enjoyed, and put it out there to see if anyone else liked it. I think we've been quite shocked at how well it's been received so far. I didn't think I'd get to tour America until a few records down the road. 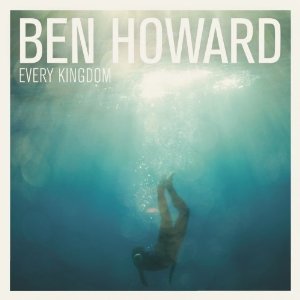 Did you ever think the photo on the cover of your album would lead to journalists asking you almost as many questions about surfing as your music?

I never really thought about it. The whole idea of that album cover was that I didn't want my face on the album. That's worked out really well, because I don't get recognized as much.

Have you had any time to surf during this trip to Los Angeles?

I haven't had much time, but today we did surf a fun little beach—by the pier in Hermosa.

You're touring at least through the end of the year. Do you ever get a break?

No, not really. That's my life now. But there's no point in sitting still, you know? At times it's grueling, but to be honest, we're privileged to be able to do this. It pisses me off when people don't realize how amazing it is and don't take advantage of the fact that they can travel, play music and have people come and see them.

Are you reading any books while you're on tour?

I brought a Woody Guthrie book with me. I'm also reading a collection of Roald Dahl short stories. He wrote some amazing stories about the war and fighter pilots—such a phenomenal writer. Although he went into kids' books, he wrote some really dark, trippy stuff before that.

What's been one of your favorite parts of the California leg of this trip?

The drive down the California coast—epic scenery!

I imagine that your home in Devon has some pretty great views, too. What's it like?

Devon at this time of year is unbelievable. When it's sunny, I'd reckon there isn't a better place in the world. Such history, too—loads of stories and old shit. My house was built in the 11th century, around 1019 or something. A lot of it's been redone, but it's got some of the original beams and stonework.

Incredible! Speaking of history and stories, is it hard to keep up with everything you're seeing on tour?

Honestly, the most difficult thing is remembering stuff. You see so many things that it becomes a bit of a blur. I'm taking more pictures and notes, because it's a constant influx.

I've always tried to live in the moment, so I'm trying to do that on tour. While I'm not great at planning, I'm good at adapting!

Ben Howard will return to Los Angeles on Oct. 6, when he will perform at the Fonda Theatre.