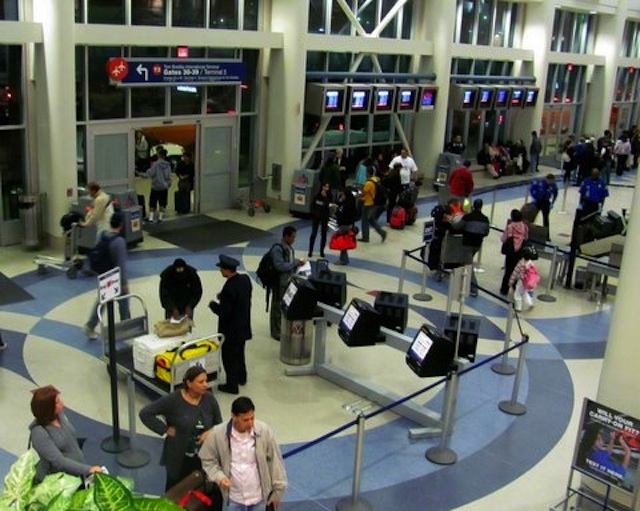 Photo by Lucyrk in LAvia the LAist Featured Photos pool

Free wi-fi is expected to touchdown at LAX in mid-July.

The City Council voted 11-1 to approve a contract with the Florida-based Advanced Wireless Group, which is replacing T-Mobile's $9.99/session wireless service, according to City News Service. Advanced Wireless group is scheduled to come online and offer wi-fi service to bored airplane passengers for free (if you watch a short commercial) as soon as T-Mobile pulls the plug around July 16.

For a minute there, we were afraid that LAX would end up being catapulted back to the dark ages with a plan that would leave the airport without any sort of wireless internet service. City Council members weren't happy to hear that the $600,000-$800,000 contract was awarded to Advanced Wireless Group without considering any competitors (including local companies).

But in the end, the City Council realized that conducting a full search would have left LAX without wi-fi for a couple years. They approved the contract in the meantime.