Rodney King Dies At 47; Found At Bottom Of Pool 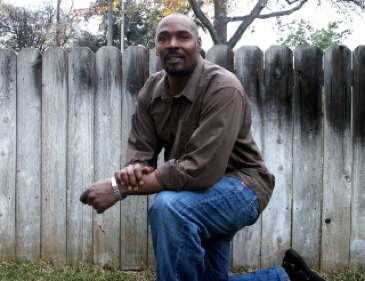 Rodney King 47, was found dead this morning, reports TMZ: "According to our sources, King's fiancée found him dead at the bottom of a pool... Law enforcement sources tell TMZ they responded to a call at 5:25 AM PT." After attempted to resuscitate him, King was reportedly pronounced dead at 6:11 a.m. A drowning investigation will be opened. Update: King's fiancée now says he had been drinking all day yesterday.

King became famous name because of a horribly infamous incident: On March 3, 1991, a group of Los Angeles police officers beat King (King had led the cops on a drunken high-speed chase) and it would have never have been public knowledge, if not for one man who heard sirens and filmed it.

In 2009, King told LAist that the beating was racist, and that black officers were there but didn't beat him, "Whoever black that was standing around was probably scared for their job. It was like a routine that you just know goes on."

He wrapped his arms around his head to protect his brain, telling himself, "You better live through it." And he recalled being Tasered. “It heated my body so hot to where... I can’t explain it."

As the blows from the officers’ black boots and clubs persisted, King thought he had died.

“I woke up halfway-dead a couple days later,” he said. “It was like dying and coming back.”

King appeared on VH1's Celebrity Rehab and much of his story centered around the need to forgive. After the show, he visited the site of his beating with Dr. Drew Pinsky: "King had penned a letter expressing his forgiveness of the officers whom he had spent years resenting. He read it, then deposited flowers and a bible on the roadside." He said, "This time I was able to focus on how I wound up in a spot like that. I thought it was really nice going back to The Spot, and walking away from it with the Doctor. It shows I can put it behind me."

Earlier this year, it was the 20th anniversary of the trial that found the police officers not guilty, sparking riots. King told the Guardian, "It's not painful to relive it. I'm comfortable with my position in American history... It was like being raped, stripped of everything, being beaten near to death there on the concrete, on the asphalt. I just knew how it felt to be a slave. I felt like I was in another world."