Lindsay Lohan Hospitalized After Her Porsche Slams Into 18-Wheeler 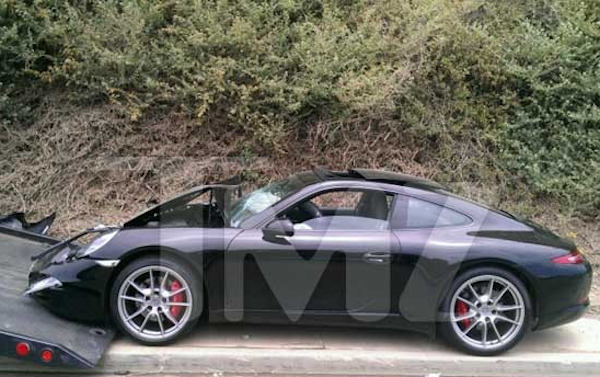 Lindsay Lohan slammed into the back of an 18-wheeler in an accident that left the actress and her assistant hospitalized and totaled her Porsche.

Lohan was driving along the Pacific Coast Highway at the time of the accident, according to TMZ.

An ambulance was called to the scene. Doctors are running tests on her, but the website makes it sound like her injuries aren't too serious. Her Porsche wasn't so lucky. The passenger window was shattered in the accident, and the rear front bumper was ripped off her car.

UPDATE 1:30 PM: Lohan's assistant was with her in the car and has been transported to the hospital in an ambulance, TMZ is reporting. Both of them were bleeding and bruised. Lohan is claiming the truck cut her off.

UPDATE 3:45 PM: Lohan was released after two hours in the hospital. Neither she nor the driver of the dump truck showed any signs of being on alcohol or drugs at the time of the accident, according to the Associated Press. Police are investigating the accident to figure out what caused it.