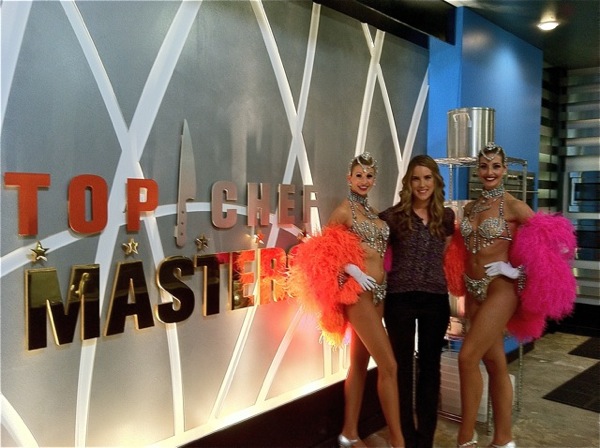 Here at LAist, we know you're hungry for more food — food coverage, that is. And heck, so are we! That's why we've requested a tall order of Krista Simmons, who was just announced as a judge on season 4 of Top Chef Masters. She will be joining our team as resident Food Editor for the month of June, delivering all sorts of tasty morsels on the local culinary scene.

Simmons has contributed to the likes of the Los Angeles Times, New York Magazine, and LA Weekly, and writes a modern restaurant etiquette column for Grub Street. She's attended culinary school, and has held pretty much every food-related job around — from farming across the South Pacific to working in wineries in Santa Cruz. It's safe to say this chick knows her stuff.

If there's anything you'd like her to tackle during her stint as resident foodist, drop her a line at krista@laist.com. Just be nice, or she'll tell you to pack your knives and go.

As for Top Chef Masters, the upcoming season will take place in Vegas, baby. Our Food Editor will be seated at the judges' table alongside the likes of James Oseland, Ruth Reichl, and Francis Lam, sampling the vittles of some seriously stacked competition, including part-time Angeleno Chris Costenino of Umamicatessen. Here's the full list of chefs competing this season: