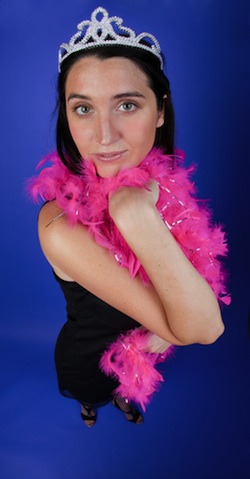 Bachelorette via Shutterstock
Ladies, if you want to celebrate your last days as a single gal, The Abbey in West Hollywood is politely asking that you take your boa, tiara and penis-shaped party favors to another bar.

"Every Friday and Saturday night, we're flooded with requests from straight girls in penis hats who want to ogle our gogos, dance with the gays and celebrate their pending nuptials. They are completely unaware that the people around them are legally prohibited from getting married," David Cooley, the founder of The Abbey said in a statement.

Until now, the bar has allowed bachelorette parties, but it changed its mind after North Carolina instituted its gay marriage ban. Bachelorette parties seem especially tacky at a time when states are still wrestling with same-sex marriage. Dan Avery, a writer for Queerty, said the injustice of it all hit him when the New York legislature shot down gay marriage a few years ago (before it was eventually recognized):


Acting irritating in a bar is one thing, but literally rubbing our faces in your wedding when we can’t have our relationships recognized is kind of disgusting. Last year In December 2009, the very same day a marriage-equality measure was voted down in the New York Assembly, I was in a gay bar in the East Village as a bachelorette party stormed in. For the first time in my life, I was really feeling like a second-class citizen and these loud, drunken bacchae were the last things I needed to see. After the third “woo-hoo!” I went over to one of the girls and politely said, "We're really happy for your friend, but since gays and lesbians can’t get married it’s a little tacky to be celebrating her straight marriage here."

It asks that other gay bars around the country shun the hetero tradition until gays are allowed in on the fun, too. (At least one bar in Chicago and surely others have banned the ritual.) Don't worry straight folks, The Abbey isn't barring you completely—they're just asking that you don't rub the straight marriage thing in their face for right now.

Related:
Should Gay Bars Ban Bachelorette Parties?
The Best Gay Cocktail in the World is at The Abbey
Reports of a Police Impersonator In West Hollywood Were Greatly Exaggerated
Boy Who Escaped Burbank Airport has High-Functioning Asperger's