'Lightning in a Bottle' Envisions a Greener Festival 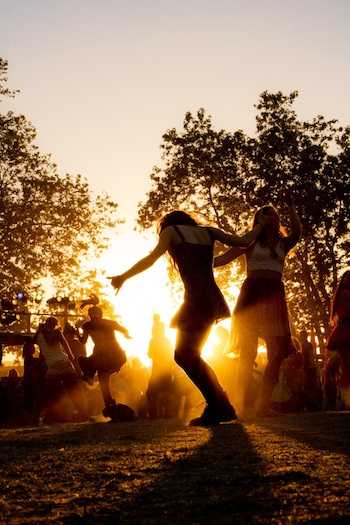 SoCal’s own annual Lightning In A Bottle music and arts festival being held this weekend looks to change this. Already making a name for itself with its eclectic mix of art, music and culture, the festival is leading the way with its unprecedented emphasis on sustainability.

With the tagline of “Leave It Better, Leave It Beautiful” the festival certainly has its work cut out for it. Under the guiding force of sustainability director Shena Turlington, environmental consciousness “is not an add-on to the festival. It’s a lens that we are always looking through.”

Nearly every element of the festival is set forth with the goal of being as low impact as possible. We’re talking energy conservative LED lighting, bamboo stages, organic food and even biodiesel powered on site transportation.

Moreso, the festival has adopted a net zero energy policy that has three parts; reducing as much on site energy use as possible, using alternative energy (i.e. biodiesel and solar power) and purchasing carbon offsets for any energy that is used. Shena elaborates stating that “because of the certified carbon offset, something that would have otherwise been put into the atmosphere is not because of the money that we donate.”

And the list goes on. Free filtered water to avoid the post-festival empty bottle massacre, lectures on growing your own food, guided tours of surrounding Santa Ana mountains...even a stage made entirely of trash. Prius drivers; this is your festival.

When you’re six beers deep and sharing the love this weekend, rest assured that nature is feeling the good vibes as well.