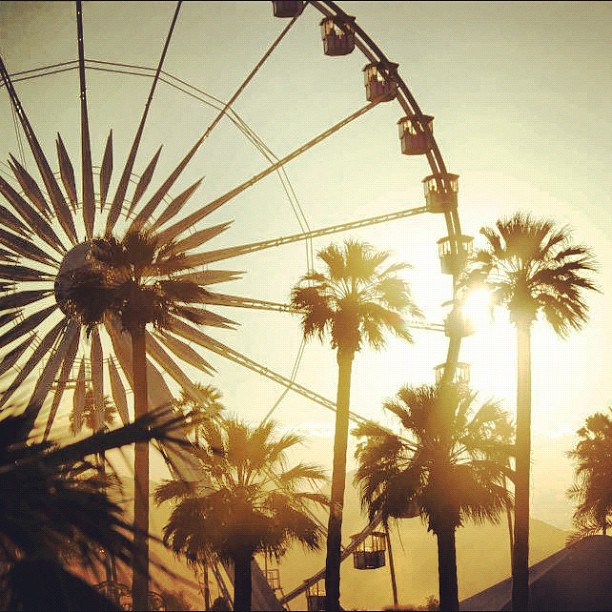 Yeah, we also wondered if May 14 was some sort of secret prank-making day, because, hey, didn't Coachella 2012, like, just happen? But it's true: Coachella 2013 will happen over two weekends next spring, and advance tickets go on sale Thursday, May 17.

Here's what's up on the Coachella site:

We are excited to announce Coachella 2013 will again be held over two consecutive weekends.
Advance passes go on sale beginning this Thursday, May 17th, 2012 10:00 am PDT through the following Thursday, May 24th, 2012 10:00 pm PDT. This advance sale will be the only opportunity to take advantage of the Coachella Purchase Plan. New for 2013, the price you see is what you pay — prices reflect all fees included. The general on sale will happen early next year.

If you're also scratching your head trying to figure out why the fest would go onsale nearly a year ahead (and with no mention of, like, who is playing) join us in turning to the folks at West Coast Sound at the LA Weekly who explain:

Tickets went on sale much, much later for the 2012 edition — in fact that happened only a few months ago, in January. (They sold out immediately.)

This happened in part because the festival hit some roadblocks when the city of Indio delayed signing a contract with promoter Goldenvoice. This was due to concerns from the neighboring town of La Quinta about the event's environmental impact.

But such hurdles have been largely cleared this year by Goldenvoice's purchase of some 280 acres surrounding the festival grounds in March, clearing the way for today's announcement.

Sooner the better, perhaps? Knowing that likely die-hard Coachella goers (including some forever young grannies) will buy regardless, festival organizers could get a grip of sales with this advance opportunity. We're pretty certain it won't be an all-hologram lineup, though.