CalArts Producers' Show: A Sneak Peek at the (Cartoon) Future 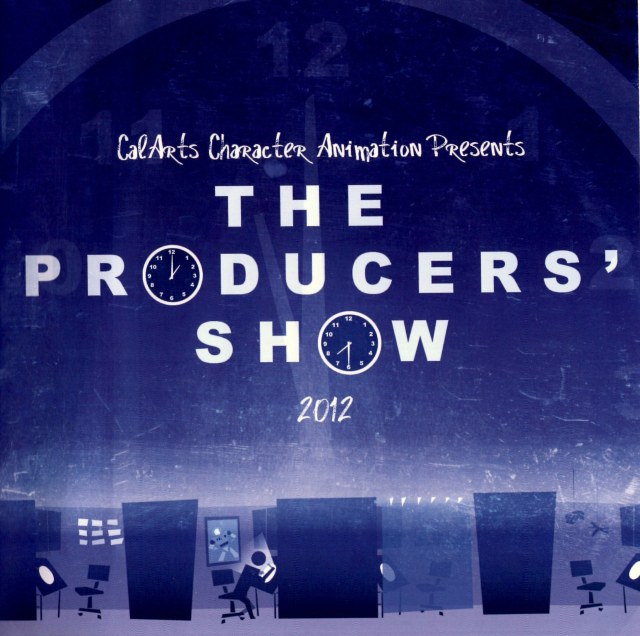 Twenty-five of the finest student short animated films made their debut at the Samuel Goldwyn Theater last night in Beverly Hills as part of CalArts' Character Animation program's Producers' Show. Entertainment industry folk, intrepid students, and proud family members crowded the 1,000 seat theater to capacity. Chris Miller, director of Puss in Boots and a CalArts alum offered an introduction, mentioning that the students "delivered work from the heart," a statement handily verified by the evening's entertainment.

The first film, Walter and Gracie Lantz Animation Prize winner, Eusong Lee's "will" was one of the strongest works on display. A short story of a boy's memories of his father who died on September 11, this film felt far more emotionally resonant than works 10 times its length. As the boy played with his father's yo-yo, winding and unwinding it, he replayed the events of that day, constantly rewinding to his father's departure, and finally re-imagining it as an arrival. Lee's mature short deserves repeated viewings, if not for the strong animation then for the beautiful score.

The comedies served as a delightful surprise. Brian Carter's "Princess of the Magical Tears," about a Disney doyenne who restores a man to life with her tears, and the subsequent exploitation of this gift, kept the whole audience in stitches. Likewise, Hannah Ayoubi's three "Storytime Confessions," a mash-up of humdrum personal histories told by storybook characters, proved a welcome surprise. In one, Mrs. B.B. Wolf describes the joys of motherhood as she shops for three little pigs and her son chomps on a human leg for breakfast.

These shorts' beautiful parsing of humor and pathos were a welcome surprise. Also, Pixar's reliance on original storytelling can certainly be felt on this next generation of filmmakers. Jasmin Lai's "When I Grow Up" was a personal favorite. She tells the story of a girl who has to write in class what she wants to be when she grows up. Cycling through potential jobs and costumes to hilarious effect, she ultimately decides that she cannot really choose. This potentiality is what I wish for this next generation of filmmakers, the ability to try everything once, to get everything wrong, to get everything right, and to continue to make art that not only entertains but inspires.