Rumor Control: Occupy L.A. Did NOT "Shut down" LAX 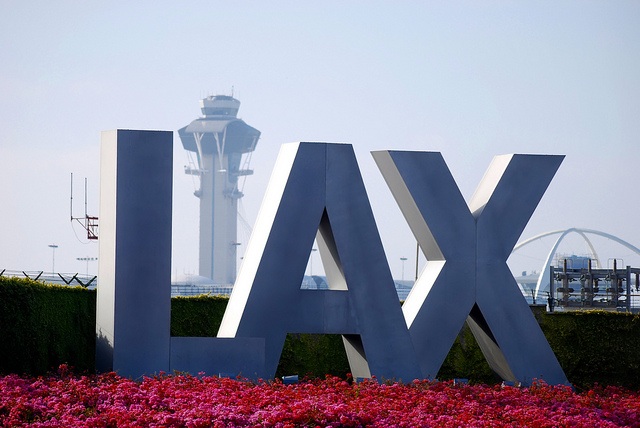 Photo by RuggyBearLA via the LAist Featured Photos pool on Flickr

Mid-afternoon today, a rumor began to swirl on Twitter, and was spread via announcements at May Day protests around the country: "Confirmed. #OccupyLa has effectively shut down LAX."

The "news" was declared in Oakland and in New York:

The thing is, that's not even remotely true.

While the planned protest involving union workers, airport employees, religious leaders, and supporters of workers' rights did involve the temporary shut down of Century Boulevard outside of LAX. The street closures there, as the ones in Downtown Los Angeles to accommodate the "Four Winds" caravan of protests from four corners of the County, were planned and expected.

Traffic for drivers going in and out of the major international hub was messed up, but the airport itself was, well, nowhere near shut down.

10 protesters who willingly remained seated on Century Avenue following the Los Angeles Police Department's issue of a notice to disperse were peacefully taken into custody.

Just before 5 p.m. today, airport officials reiterated that disruptions to flights were non-existent to minimal:

In response to media inquiries about any disruptions to flight operations due to the union demonstration at LAX earlier this afternoon, airport officials report only two airlines reported a total of four domestic departure delays due to flight crews not being able to report on time. There were no flight delays at the Tom Bradley International Terminal where the demonstration/rally began.

Four flights delayed and some re-routed traffic does not a shut down make, guys.