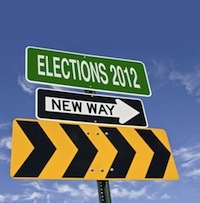 Photo by SVLuma via Shutterstock
By Gabriela Worrel / Special to LAist

A rally to celebrate the California Right to Know GMO labeling initiative and to educate consumers about issues surrounding labeling of genetically engineered foods will take place this Wednesday.

Organizers have raised enough signatures to qualify for the California State Ballot in November and will be submitting them in style. If voters pass the initiative, food sellers would be required to use a label identifying foods grown from genetically engineered seeds or contain genetically engineered ingredients.

At the rally, initiative leaders will reveal just how many signatures were collected by thousands of volunteers. A variety of leaders from the community, from farmers to business owners, will share why they support labeling. Singer-songwriter Zuri Allen Star, along with a special surprise guest, will speak. The main event will consist of initiative leaders rolling the signatures into the county office in baby carriages, symbolizing the importance of making policies that invest in the health of future generations. There will also be giveaways and treats to taste.

Labeling initiative advocates should head to the Board of Elections office in Norwalk at 11am, even if it is just to witness the reactions of those who peer into the carriages and see paperwork instead of tiny, manicured dogs.