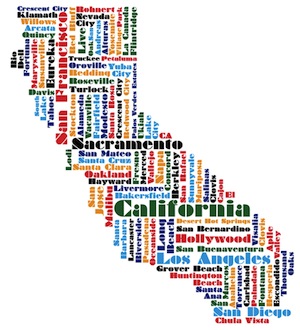 Image by adam.golabek via Shutterstock
By Gabriela Worrel / Special to LAist

This morning, The Genetically Engineered Food Labeling Initiative in California reported having gathered the target 850,000 signatures needed in order to ensure the initiative makes it onto the November 2012 State Ballot. The grassroots initiative, which seeks to have produce and packaged foods containing genetically engineered ingredients labeled as such, has been gathering signature since early 2012, with hopes of allowing California citizens to decide the issue in November.

Frank Plughoff, Regional Coordinator at LabelGMOs.org (a major player in the movement to label genetically engineered foods in California), states that as of yesterday's deadline for gathering signatures, the initiative successfully collected the targeted 850,000. While this is a victory for the group, which is composed mostly of volunteers, there are still many steps to the ballot. Signature gatherers must submit their lists to local county recorders, who will process the signatures over several weeks. It may be a while before the Secretary of State's office makes the official announcement that the item will appear on the November ballot.

This news comes in the wake of developing drama in Vermont, where similar legislation to provide labeling for genetically engineered food stalled amidst threats from agri-giant Monsanto. On April 20, however, the House Agricultural Committee voted to move forward with legislation despite the company's threats to take Vermont to court should the labeling legislation pass. In light of this, one wonders what lies ahead for California's efforts.

Plughoff explains the importance of the next steps in California's campaign for transparency in the food system: "We need to have consumers on our side." Now that the signature gathering phase is complete, his organization will focus on public education, outreach and preparing for the onslaught of contra advertising that Monsanto and other players in the genetic engineering business will surely bring to the Golden State.

The most important thing we can do is keep the buzz alive, and buzz is something at which Los Angeles excels in spreading. As the most populous county, L.A. may be a key player in the passing — or rejection — of such an initiative. For those who believe consumers deserve the right to know what's in their food, word of mouth may be the most powerful tool. If you'd like to volunteer to help spread the work, click here.

Stay tuned for related events and rallies around town.

Now it's time for a snack. We'll stick with certified organic fare.

Related:
Word on the Street: What Do You Think About the GMO Labeling Initiative?
It's Signature Time: Label GMOs Initiative Inches Closer To 2012 Ballot
Tofutti, Tofurkey Or Turkey?
Get Trained To Help Combat GMOs In Our Food
Label GMOs Initiative Filed, Will You Sign?
Mary's Gone Crackers & Speaks Out Against GMOs
Exercise Democracy at The World Food Day Rally
Hidden in Our Food: GMOs & Your Right to Know
Is California Poised to Change the Nation's Food Landscape?