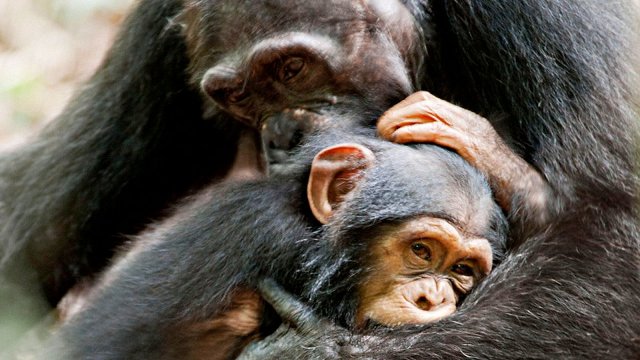 Few can resist the charms of baby animals. If last year's Planet of the Apes and Project Nim left you swearing off simians forever, Disney's latest Earth Day extravaganza Chimpanzee will bring you back into the fold. The film "stars" Oscar, a lovable scamp more curious than George, and his family band as they play in the forest and discover their world. Things get hairy when rival chimps raise a ruckus, but we have a sneaking suspicion everyone will share a hearty laugh over a banana split later. As with last year's release of African Cats, a portion of opening week ticket sales goes back to conservation efforts - in this case the Jane Goodall Institute's Tchimpounga Natural Reserve in the Republic of Congo.

The cute kid quotient reaches critical mass in Jesus Henry Christ. Canadian teen Jason Spevack (who played another little Oscar in Sunshine Cleaning) is Henry James Herman, test tube tot turned boy genius. At the tender age of 10, he's already applying for college - although he soon applies himself toward searching for his father (Michael Sheen, Midnight in Paris). He & Henry's mother (Toni Collette, Little Miss Sunshine) are less-than-favorably acquainted, and his daughter (Samantha Weinstein, a bunch of Canadian TV) is none too pleased to share the spotlight with a half sibling. Will this new-found family stick together, or just stay weird? Jesus Henry Christ opens at several Laemmles locations and is available on VOD.

That's all for this week. Consider yourselves lucky ones.