Long-Awaited L.A. Arrival of "Billy Elliot the Musical" Will Make You Want to Dance With Abandon 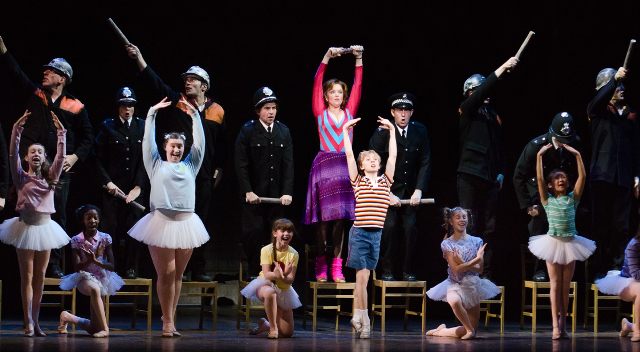 Fellow musical theater fans, Billy Elliot has finally arrived! If you are like me and watch the Tony Awards every June in order to make a mental list of shows to catch when they make their journey to our coast, last week’s opening night at the Pantages has been a long time coming. The musical, based on the 2000 film of the same name, swept the Tony Awards in 2009, taking home 10 awards, including best musical.

The show about a young boy forging his own path during tumultuous times in Thatcherite, England, is worth the wait.

Although Elton John is to thank for pitching the idea of turning the film into a musical with original director Stephen Daldry and screenwriter Lee Hall, he doesn’t deserve too much credit for the musical’s success. His serviceable but unmemorable score wobbles out of the gate and never reaches its potential.

The show’s success is owed to the wonderful performances by the talented cast. The role of the 11-year-old Billy, who discovers his passion for dance after finding himself in a ballet practice, is shared by four actors. On opening night, 14-year old Ty Forhan from Ontario, Canada, soared in the demanding role. Leah Hocking provided much of the show’s heart as Billy’s teacher Mrs. Wilkinson, and Patti Perkins delights as Billy’s grandmother.

Many of the attempts at humor fall flat, but Cameron Clifford earned more than his share of laughs, and almost stole the show, as Billy’s cross-dressing friend Michael. The only miscasting was Cullen R. Titmas as Billy’s older brother Tony, who didn't seem comfortable in the role. The second half of the show begins to drag and isn't nearly as strong as the first act, but the electrifying performances still make you want to lace up your ballet slippers and dance with abandon. Just like Billy.