Relatives of Man Fatally Shot By Cops on 101 Say He Was Carrying Cellphone, Not Gun [UPDATED]

A 19-year-old man fatally shot by Los Angeles Police Department officers following a brief pursuit Wednesday night may not have been armed. Relatives of the victim, Abdul Arian, insist their loved one was not pointing a gun at police, and was only holding a cellphone.

Arian's uncle, Hamed Arian, told a reporter that his nephew wanted a career in law enforcement, according to CBS2.

The elder Arian added that his nephew was "a sweet kid, respectful to others." The victim's uncle added: "He wanted to be a cop and like I said before, during the chase last night, he was calling 911. He was afraid of cops. You know, he told me he wants to be a good cop, not a crooked cop."

Hamed Arian also said that his nephew had just been at the gym, and that he panicked after he was caught running a red light, according to City News Service.

Authorities have not confirmed if Arian called 911. 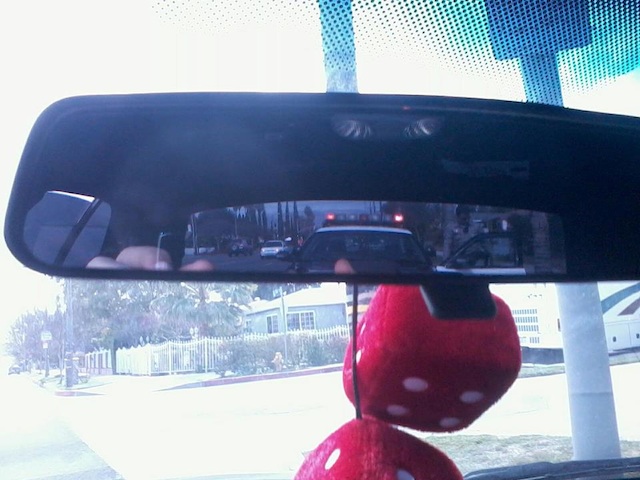 The last few minutes of Arian's life began when he fled a traffic stop in Northridge. Arian drove erratically on the streets, entered the 101 freeway heading northbound, exited, and got back on the 101, heading southbound. He came to a stop and angled his vehicle sideways, and a LAPD car stopped against the driver's side door.

Arian jumped out and ran on the freeway, turning back to look at the officers. From newscopter footage shot of the pursuit, it appears Arian had something in his hand. The officers opened fire.

Arian was pronounced dead at the scene.

LAPD Lt. Andy Neiman said: "Running away from the police and going on the freeway and jeopardizing the lives of not only our officers but the public really led this to a really
horrible ending."

UPDATE 3:00 PM The LAPD confirm Arian was not armed, but he had told a 911 dispatcher he had a gun and would use it on the police. Read more here.