Mike Doughty on Music and 'The Book of Drugs' 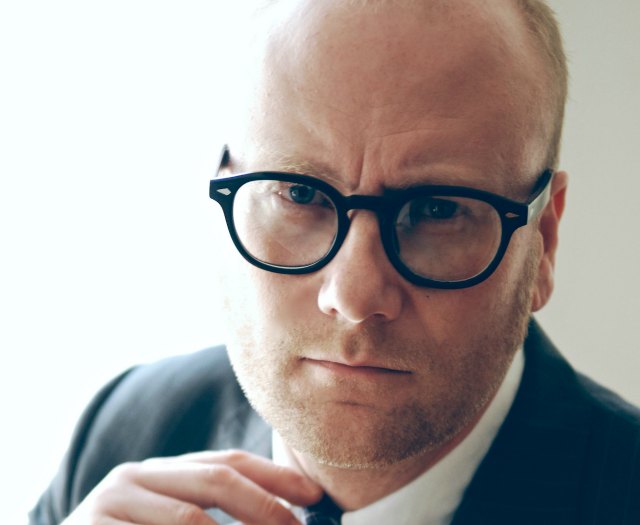 Mike Doughty is at Book Soup and the Bootleg tomorrow. (Photo: Deborah Lopez)

Musician-songwriter-author Mike Doughty, grew up in a dysfunctional military family in West Point, NY. In his early 20s, he joined another “family” with plenty of their own issues: the now-defunct slacker-jazz outfit, Soul Coughing. His time with the band found him with a big cult following and critical success—along with a nasty heroin and alcohol habit.

Doughty, 41, who’s been clean and sober for a dozen years, is now riding high on a successful solo career; he's also just penned a memoir The Book of Drugs, released by De Capo Press earlier this year.

He’ll be in LA tomorrow (Wed., April 11) for a book reading and signing at Book Soup followed by a solo show / book reading at the Bootleg Theater later in the evening.

He pulls no punches in his book, telling candid tales about his drug use, the sometimes debauched nature of the music biz; and the late 80s/early 90s music scene (with Ani DiFranco, Jeff Buckley and Dave Matthews making guest appearances in the book). Last but not least, his former bandmates are written of throughout the memoir—and not in a good way. Frankly, they come off in Doughy’s book like a bunch of d-bags.

“When I sat down, my opinion of them was that they were just mean-spirited, revengeful people,” he says during a recent phone interview on the road between gigs in Portland and Seattle. “But when I got the galleys back and I was reading it, I was like, ‘Man these guys are sociopaths!’

In the book’s introduction, as well as during the interview, Doughty stresses that what he wrote in his book is his opinion and perspective and other people (i.e., other members of Soul Coughing) would probably disagree. 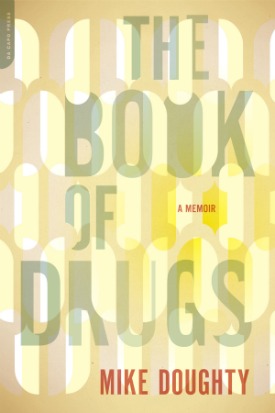 He says that the book-writing process taught him "how psychedelic perspective is. I was so meticulous about remembering things, and this is what I remember.”

Toward the end of the book, he writes about how some of the band members think he never had a drug problem; that he was making it up to be “glamorous.” We couldn't help but ask about this point of contention. “The best I can tell from their perspective, since I wasn’t homeless and not using needles, they don’t think that counts,” he says.

Doughty took some chances with the memoir from a literary perspective. First, he wrote the book without any chapters. Secondly, he never references his former bandmates by name or by aliases, which he does with many other people throughout the book.

“Basically all the pseudonyms I came up with for all those guys were just really...shitty,” Doughty says. “They’re such elemental characters in my life, that anytime I would come up with a pseudonym, it was such a jarring cognitive disconnect that I just went to the instrument names.”

So Mark De Gli Antoni is called the “sampler player”; Sebastian Steinberg is “the bass player” and drummer Yuval Gabay is “the drummer” throughout The Book of Drugs.

For those not familiar with the backstory, Soul Coughing finally called it quits in 2000 after years of infighting, and disputes over songwriting credits and publishing monies.

Doughty says that for years, he tried to convince band members that “reality was reality,” reminding them on more than one occasion, “No, seriously I really did write that song.” He acknowledges that some Soul Coughing songs were born from jamming, the majority of the songs came from him.

It wasn’t until his solo career began in earnest—coinciding with his sobriety—that he was able to get out from under the remnants of the “bad marriage.” It was rough going at first. Soul Coughing fans abandoned him. His first solo effort, Skittish (2000), was rejected by his label Warner Brothers, but a core group of fans who found it on Napster liked this new solo, acoustic version of the former M. Doughty. And his new career began in earnest.

He remembers a key moment at a Princeton Dining Club that marked a shift for him from a band frontman to lone performer.

“I was onstage and I look up on a rafter and someone had posted a piece of paper with the words ‘Real Love.’ [I thought] that’s super weird because I have a song that I play [a Mary J. Blige cover]... that is that title. “I just did not connect that they would be requesting that song...”

With a prolific solo career underway, some of his songs have reached the mainstream, appearing on Grey’s Anatomy and Veronica Mars, earning him a few more fans, who know nothing about his former life.

Even though the music business isn’t an easy one to be in for someone trying to stay sober, Doughty says that with a close-knit group of weird, arts-minded friends and support meetings, he's in a good place.

“It’s really not tough anymore. I really don’t want to drink and I don’t want to use. And I’m so shocked to be saying that. I thought there would be voice in my head telling me to drink,” he says, then adds, “Knock on wood.

“I didn’t have a choice because this is really the only thing I can do. I had to go out there and work.”

Mike Doughty presents and signs his memoir at Book Soup at 3 pm tomorrow, followed by Mike Doughty, The Book of Drugs: reading and concert is at 8 pm at the Bootleg Theater. Tickets: $20-$22. Mike Viola opens.