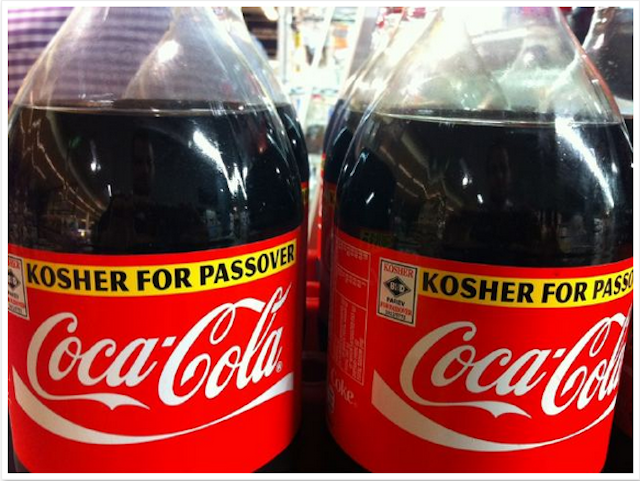 Jews in California have had trouble finding kosher Coca-Cola in time for Passover tonight thanks to a new state rule.

Typically, Coca-Cola makes a special batch of coke for Passover with yellow caps around this time of the year that is made with sugar instead of high-fructose corn syrup (for those Jews abstaining from corn as well as grains during Passover).

But this year Coca-Cola had to change the way it made its cola in California because of a new rule that went into effect that requires the company to reduce the amount of 4-MEI in the drink, the Pasadena Star-News reports. The chemical gives coke its trademark caramel color, but it was recently added to a state list of known carcinogens. The new way of making caramel may be less carcinogenic but it's not appropriate for Passover.

"We will not be able to offer kosher for Passover products in California this year," Coca-Cola spokesman Bob Phillips told the Star-News. He said that the company will be ready for Passover 2013 in California.

But this year Jews around town have had to scope out stores that have imported cases from New York. Cambridge Farms in the Valley had a shipment of Passover coke, although they ran out of Diet Coke. If you're still looking, Chowhound has a thread for Los Angeles Jews desperately seeking kosher Coca-Cola.