Back to Band Camp: An Interview With the Cast of "American Reunion" 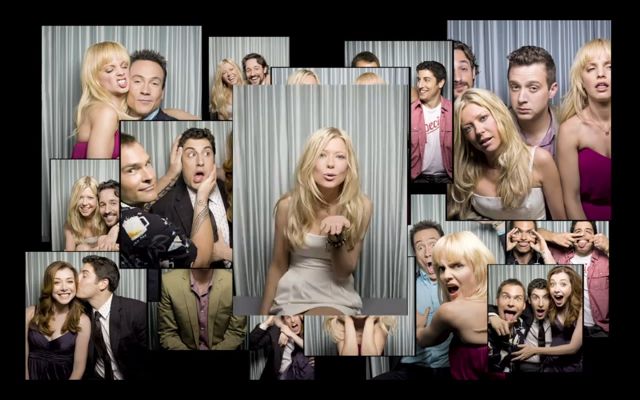 When you heard talk about a reunion movie with the original cast, was this an easy yes or a tough sell?

Tara Reid: Once I knew everyone was back, it was an easy yes. There is this magic in this cast when you put all of us together. There is this great chemistry that comes out, because there’s just so much fun.

Thomas Ian Nicholas: I thought it would be fun. I thought it would be very difficult to bring everyone’s schedules together and was curious if everyone would want to reprise their roles. I was surprised to find out that everyone had a special place in their hearts for their characters, and this franchise, as I did.

Mena Suvari: Yeah. When I read the first draft, I was honestly really impressed. I thought it was absolutely hilarious and it’s turned out to be my favorite of the whole series.

Eddie Kaye Thomas: What was nice was that it didn’t seem like we were making a fourth film, as much as an homage to the first one. We understood that the first one touched on this great period in everyone’s life, when you’re going through that period in high school where you’re terrified that you’re not cool enough and you haven’t become what you hoped you would. You’re like, “Oh, my God! I’m going to graduate high school a virgin and nothing could be worse than that.” This movie touches on the fact that, “Oh, my God! I’m 30 years old and I’m nothing like what I thought I would be.” I think it takes getting older to recapture that awkward, terrifying period.

Jason Biggs: Now that you have these characters who are in their 30s, it’s tougher to credibly find these situations where you can push these boundaries and put them in these ridiculous scenarios that are believable, aren’t gratuitous, aren’t awkward and aren’t illegal, in some way. They’re older. Some of the things they did in the previous films would be not acceptable for a 30-year-old. So, they had to update it, if you will. That’s why the penis scene works, organically. Organ being the appropriate root word there.

Alyson, now that two of your on screen husbands - Jason Biggs and Jason Segel - have shown their goods, are you to blame?

Biggs: The penis has been a major player in the American Pie franchise. It has been its own character.

Biggs: I kept pushing the guys, Jon Hurwitz and Hayden Schlossberg, for that "pie" scene. I said, “What’s going to be the pie scene this time, guys?” Some earlier drafts felt like it was missing that, so I gave them carte blanche. I was like, “I will literally do anything, as long as it makes sense, in the context of the film and for the character and as long as I think it’s funny.” Jon wrote me one day and said, “Would you be willing to show your penis?” I said, “Yes, absolutely!” I laughed out loud when they pitched me the idea. I was like, “That sounds great!”

Hannigan: That was my first day of shooting, by the way.

Biggs: Yeah, it was like, “Welcome back to the franchise, Alyson! Here’s my penis!”

Did you have any fears about playing the same characters you played 10 years ago?

Eugene Levy: This story stands on its own, as a movie. It’s not just taking what we had and stretching it to make another sequel. They did a really good job with giving all of the characters a great and interesting storyline, especially my character. I just loved what they did with Jim’s dad, and I think they had to do that. If I was just back, giving advice through the whole movie, I think people might possibly say, “Okay, I think we’ve seen it.”

Biggs: Jim and his dad is a great part of the film, for me. As I’ve gotten older, I’ve found that my dynamic with my parents has changed quite a bit. A lot of my favorite moments in this movie are not really the funny ones, but the more poignant, sweeter moments. That’s always been the case with the whole franchise. I love when Jim offers his dad advice in this movie. It’s flipped.

Nicholas: I think the only concern I had was just doing the character justice and the film, as a whole, justice. Obviously, through the course of the film, we’ve noticed for instance the growth of Stifler’s character, how much more he’s in the film as compared to the first one. But it’s also very important to maintain Kevin as the straight man of the comedy group and not to give into the humor, and let him still be that sounding board, so that Stifler can still have those funny jokes and make fun of my beard.

Thomas: I think some of the stuff Seann does in these movies is a lot more difficult then a lot of stuff that dramatic actors do. It’s hard to get laughs. It’s not an easy thing to do, and he’s consistent.

Seann William Scott: I like this movie so much, and I hope we have that situation where this movie is well-received and people dig it as much as we like it. And then, who knows? I’m at a point now, having this much fun with these guys means more to me now, as an actor. I’d be happy to do this, as long as it lasts, because I have so much fun. I’ve been stressed about, “I don’t want to be known as this character forever,” but now I don’t give a shit. The character is fucking fun! I love these guys! I’m never going to win an Academy Award anyways, so I might as well go have fun with my friends. Well, you know, Melissa McCarthy did shit in a sink and I shit in a cooler, so you never know, man. I could fucking win an award with this thing! That’s why I did this movie. I was hoping to win an Academy Award ‘cause they shunned me in Dukes of Hazzard, they shunned me in Dude, Where’s My Car? and they shunned me in Bulletproof Monk.

In 13 years, who has changed the most in the cast?

Thomas: What was crazy was getting on set and showing up like you would for a reunion, and being like, “I’m going to show them how cool I am and how much I’ve grown,” but then you’re like, “I’m still an idiot!” I felt like everyone was themselves. People stayed pretty consistent. Seann’s beard is getting a little grey, though. That’s wild!

Scott: I’m getting a lot of grey! The amazing thing was that at the table read when we all got together and read the script for the first time, I hadn’t seen a lot of people for 10 years, and I could tell that everybody was in such a good place. It made the experience even more fun because there was just more substance to the conversations we were having. Although, a lot of times, Biggs would be hitting us in the balls or doing “The Self-Hating Masturbator.” It’s a good SNL skit.

Jennifer Coolidge: I’ve noticed that they’ve gotten way more in touch with their sexuality. After the first movie, Eddie moved into my house, in real life, and he was this young, very pale kid that now isn’t pale. All the boys must be going to some famous Hollywood trainer because they all look like a million bucks. I can’t believe how Eddie is turning into this heartthrob guy. He was this eccentric kid that read a lot of books, when he lived at my house. They’re studly. As young, hot actors living in Hollywood, you get even more attractive.

What was it like to shoot this poster in the exact same configuration as the poster for the first American Pie film?

Klein: At first, I didn’t get it! I was like, “Wait a minute! What’s going on? This feels strangely familiar.” I think I missed the note that we were creating the very first poster again. I was like, “This seems vaguely familiar. Maybe we’ve done this before. Shouldn’t we have an original idea?” And they were like, “No, the idea is to recreate the first poster.” I was like, “Oh, well, we’re doing a great job!”

Suvari: We watched a clip from a photo shoot that we had done for Rolling Stone, so long ago, and it’s strange because, for me, when I heard about this idea and then went to Universal for our table read for American Reunion, even if we haven’t seen each other over the years, in five or 10 minutes, everybody is right back on the same page and it’s like no time has passed.