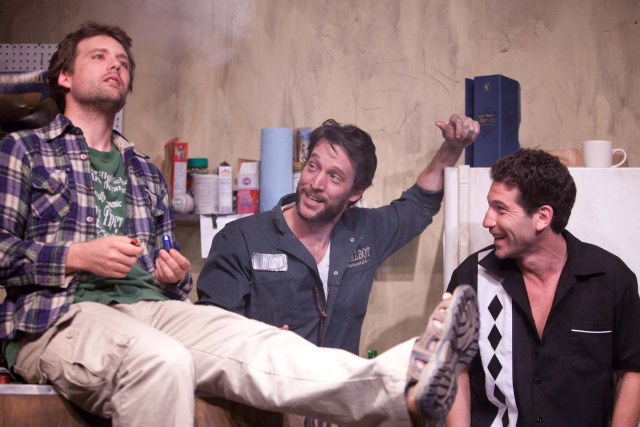 On Monday, LA Weekly invoked the ancient gods to celebrate the best theatrical performances on Los Angeles' smaller stages at the 33rd AnnualLA Weekly Theatre Awards at the Avalon in Hollywood. Lost Moon Radio hosted the event, which played hilarious homage to Dionysus, the god of wine and theatre. Winners received "LAWees" for a broad spectrum of categories that ranged from Production of the Year to Best Blood Effects.

Despite the mass consumption of wine (you know, to honor Dionysus), there were many memorable moments of the evening where theatre lovers and patrons came out in full Grecian force, donning laurel wreaths and evil eye amulets, tucking their valuables into underwear when need be (swaths of chiton fabric do not have pockets). Resurrected gods Hermes, Zeus, Aristophanes, and Priapus announced winners while Lost Moon Radio's Greek chorus sang of the ancient worship of "rocks and other weird shit." Honorees, including Rogue Machine's Artistic Director John Flynn, waxed knowingly about the shared theatrical lifeblood of L.A. Flynn eloquently declared, "Art is transformative. It can change the world. It isn't what we do, but how we do it that is transformative." 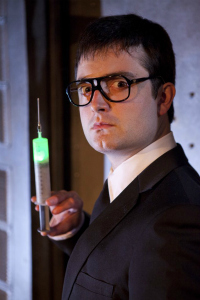 The complete list of LA Weekly Theatre Award nominees and winners can be read here.

In case it isn't obvious, LAWees go to productions that the LA Weekly staff has seen. There is so much theatre on our stages at any given time; it would be impossible for any publication to partake in it all. There are plenty of productions that absolutely deserved mention that did not make the nomination list. That said, the LA Weekly Theatre Awards should both be appreciated for what they are (a thank-you to the folks that sacrifice so much to give our thriving metropolis a wonderful theatre scene) and taken with a grain of salt for what they are not (which is non-comprehensive).

If you missed seeing Re-Animator the Musical, it's doing another run at the Hayworth Theatre from May 3 to July 8. Ticketing information is available here.