2 Places Where You Can Hike to California's Rare Torrey Pines 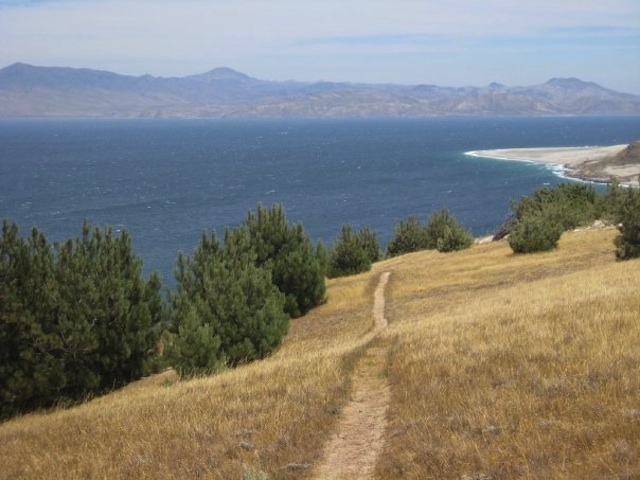 Photo by David Lockeretz of Nobody Hikes in L.A.

By David Lockeretz of Nobody Hikes in L.A. / Special to LAist

Many people have watched golf tournaments, or perhaps even played, at the famous Torrey Pines course in San Diego County. Fewer are aware that the course is named after one of America’s rarest trees, the Pinus Torreyana or Torrey Pine. Considered a “vulnerable” species of tree, there are only two places in the world where the Torrey can be seen in the wild, and both of them are in Southern California. The pines are noted for their rambling, twisted limbs, the result of exposure to the winds on the coastlines where they grow.

The Torrey Pines State Reserve is about half an hour north of San Diego and an hour south of Orange County. It offers visitors the chance to not only see the pines, but also great ocean views and some interesting marine geology and to walk along the beach. There are a variety of short hiking trails that can easily be combined to create a fairly challenging route. The Guy Flemming, Razor Point and Beach Trails are among the most popular in the park. 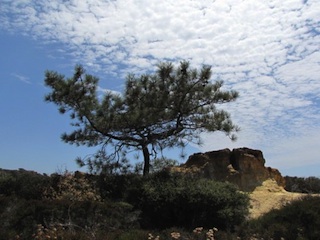 Photo by David Lockeretz of Nobody Hikes in L.A.
The other location where Torrey Pines grow in the wild requires a little more dedication to reach. Santa Rosa Island in the Channel Islands National Park, is the home of several groves of the pines. The island is the second largest in the park (behind neighboring Santa Cruz) and can be reached with a long boat ride from either Ventura or Santa Barbara. Getting to the groves requires a 5-mile round trip hike (mostly flat) from the landing area. A 2.5-mile loop climbs up the hill side and provides closer looks at the trees, as well as nice views of the ocean and of neighboring Santa Cruz Island. Other highlights of Santa Rosa Island include some historical buildings and some interesting limestone geology on the beach by the landing.

When most people think of California’s trademark trees, the ones that come to mind are the Joshua tree, the sequoia and the redwood. However, California should be just as proud of its rare Torrey Pine, and the beautiful natural settings in which they can be found.

(In case you were wondering, the Torrey Pine is named after Dr. John Torrey, a botanist whose friend and colleague, Charles Perry, is credited with the first modern documentation of the tree.)