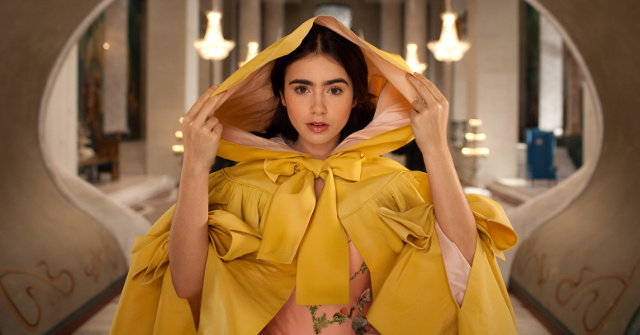 Two fractured fairy tales face off in wide release this weekend. Mirror Mirror is the first of two live-action Snow White films this year. With The Blind Side's Lily Collins in the lead, Julia Roberts as a campy Queen & a screwball streak, don't expect anything grim in this adaptation. But as with Immortals last fall, I'm willing to bite the apple if director Tarsem & cinematographer Brendan Galvin produce the fairest visuals in the land.

Clash of the Titans earned an ungodly amount of money at the global box office, so it's no surprise Wrath of the Titans has emerged to wreak more 3D havoc. Rather than rush the conversion, this round director Jonathan Liebesman (Battle: Los Angeles) scoped out the 3D from the beginning. Sam Worthington (Perseus), Liam Neeson (Zeus), Ralph Fiennes (Hades) & Danny Huston (Poseidon) return from Olympus. Édgar Ramírez plays new myth on the block Ares, who's looking to set up Zeus to get thunderstruck. Rosamund Pike (Pride & Prejudice) also joins the cast as Andromeda, though it'll be quite a strain to get ladies in the theater for this one.

Harvey Weinstein's wrath is as legendary as his marketing genius. He employed both in the lead-up to Bully, while picking on someone his own size: the MPAA. Their public feud over the social documentary's rating - the MPAA said teen swearing merits an R, Weinstein said teen subjects merit a PG-13 to enable a safe viewing experience - threatened to eclipse the film itself. (Ultimately, Bully will be released unrated.) The film looks at the modern tragedy of teens being bullied to suicide, through kids' daily experience with bullying (from peers brazen enough to push, shove & curse in front of a camera crew) and parents who forge a movement of their own after losing children to indifferent school authorities. Bully opens exclusively at ArcLight Hollywood, The Landmark & in Century City.

That's all for this week. What will you fight for the right to see this weekend?