By Adrienne Dorsey, Special to LAist

Eighteen years after Kurt Cobain committed suicide in Seattle, former Hole guitarist Eric Erlandson is releasing Letters to Kurt, a 52-chapter collection of poetry and prose dedicated to the Nirvana frontman. Set to hit bookshelves on April 8, Letters to Kurt is a candid reflection of Erlandson’s time spent as friend/unofficial caregiver for Cobain during his rapid rise to grunge rock fame, tumultuous marriage to Hole’s Courtney Love, and untimely death in 1994. Rather than penning a memoir or tell-all, Erlandson has opted for a series of raw and personal letters to Kurt that explore sex, drugs, rock ’n’ roll, and the aftermath of suicide.

“I found Kurt to be the perfect muse,” said Erlandson, who co-founded Hole with Love in 1989. “He was someone who I knew briefly, yet loved and admired immensely, a friend who I wanted so badly to help, yet in the end failed to understand.”

From his loft in Downtown L.A., Erlandson candidly answered a few questions about his debut book, his relationship with Kurt, and what his life is like today. 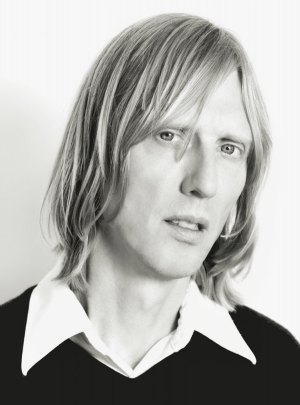 Eric Erlandson
LAist: What have you been up to since Hole disbanded in 2002?
You know, a little bit of this, a little bit of that. I've been involved in a few music projects, some recording, some writing, some shows. I went on a tour of Europe with a friend's band. Lost some weight in Iceland. I did the RRIICCEE thing with Vincent [Gallo]. Nearly died. Played at some temples in Japan. My tape player broke. Traveled to and around Japan a lot, mainly for Buddhism. Wrote lyrics in Japanese for Afrirampo. I backpacked around Asia. Ate snake. Got heat stroke. I've consciously kept out of sight as much as possible and avoided "The Biz" like the plague. But mostly, I've been working on my writing and studying LIFE.

Some fans may not know you were close to Kurt. How would you describe your relationship?
I would never say we were close. I don't think close was possible, given the timing and the circumstances. But over the few short years I got to know him I began to feel like a protective older brother to his troubled genius. I hoped to serve as a beacon of light and hope during those tumultuous and drug-addled times. To embody a survivalist path, versus the unfortunate and common one of self-destruction. But as we all know from how things turned out, my light at the time was not as powerful as his dark.

Instead of a memoir or tell-all, you chose to write 52 prose poems. How did you decide on this genre?
I was inspired by Jim Harrison's book, Letters to Yesenin. I began writing my own letters, and at first I resisted writing to Kurt. He seemed such an obvious muse. I think I even tried John Lennon or my friend Joe Cole. But then I gave in and these prose/poems began to pour forth from my psyche. Blurs from all areas of my life.

You talk about the suicide culture in Letters to Kurt. How do you think this culture has changed (or not) since the '90s grunge era?
It's only gotten worse. Suicide is a major problem and it will continue to be a problem until we start to face it, understand its causes and come up with real solutions. Though we are more aware of the pitfalls of drug abuse, people are checking out on an even wider scale now than in the ‘90s. This confounds me.

What was your writing process for Letters to Kurt?
All the letters began in my journal, written by hand with pen, old school. I would read poetry, listen to the brainwashing news on the radio, or go on a hike with some music, and when the emotions welled up inside, the memories appeared, I would begin writing. Some mornings I would wake up and it was as if Kurt was there with me.

You have practiced Nichiren Shoshu Buddhism for 20 years. How did your faith influence your writing?
Buddhist concepts worked their way into the letters, consciously and unconsciously. It's natural that these letters would contain snippets of my philosophy of life and what I've explored and learned over the years. My daily Buddhist practice helped me continue when it got tough and I wanted to give up, and also gave me incredible insights. Sometimes lines in the book would appear out of nowhere while I was chanting. 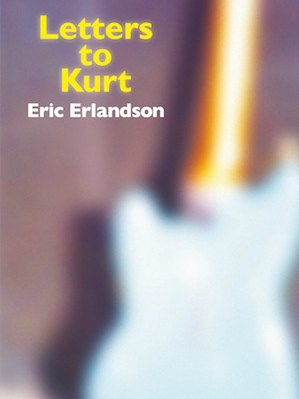 Was there anything you were reluctant to write about in the book?
Yeah, all of it. I did NOT want to write this book. But apparently it wanted to be written so I gave in. It helped that it was coming out in coded language, rather than presenting itself as a literal tell-all slander-fest. It's a treasure trove of detail, but very few people will know what I'm actually talking about or where it's coming from. It doesn't matter though. The ride can be enjoyed by all who want to come along. The real message of the book is between the lines.

What is your relationship like today with the former members of Hole and Nirvana?
Love them all. Haven't seen Krist or Dave much since the ‘90s, but I appreciate the times we've had together. I've been in touch with all the Hole members over the years. No problems there except for the obvious.

Last year, Hole drummer Patty Schemel released her documentary Hit So Hard about her life and touches on her close relationship with Kurt. Did this influence your decision to write about that time in your life?
No, not at all. I had no idea what Patty's movie was about and what it would contain when finished. By the time I saw it, I was already well done with my book. Then I realized they were two sides of the same coin. Her movie, her story, is important culturally on so many levels and I'm grateful that I was allowed to be a part of it.

What do you hope to accomplish by releasing Letters to Kurt?
Sometimes I think it's just an updated version of Rilke's Letters to a Young Poet for the ‘90s grunge crowd. But the topic of suicide makes it much more universal. If this book does anything to raise awareness and reduce the stigma of suicide I'll be happy.

Any new music/literary projects in the works?
Yes, but what we do is secret. I'm currently working on the soundtrack to the book. Exploring the language of music after so much wordplay is satisfying to no end.

This Thursday (March 29) at 7:30 p.m., Erlandson will kick off his book tour by reading excerpts and signing Letters to Kurt, with a possible music performance, at Skylight Books in Los Feliz. Letters to Kurt is also available for limited-edition pre-order with bonus materials from Akashic Books and on Amazon.