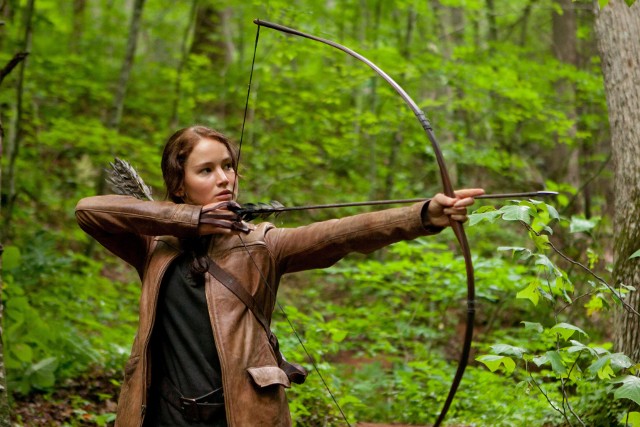 The Hunger Games' tagline is "The World Will Be Watching", which isn't that far off. It's the biggest opening in Lionsgate's history - according to Deadline.com, at least 10,000 prints will play in North America, with another 7,700 prints across the world. Like Harry Potter & Twilight before it, The Hunger Games' original book series brings a huge built-in audience (who have already shown their dedication locally). And like those other teen-lit adaptations, I was set to write it off (without passing judgment) as a cultural phenomenon that just wasn't "my thing". Then I saw the cast list and my cine-senses started tingling.

Should you hunger for even more fighting this weekend, Indonesian actioner The Raid: Redemption promises wall-to-wall carnage. When an elite squad of cops pursues a crime-lord into a fortified complex, he cuts the lights, barricades all exits and unleashes his own cadre of killers. The ensuing chaos encompasses multiple martial arts styles, all of which look frenetic & effing brutal. The film has blown away critics & audiences at the Toronto International Film Festival, Sundance & SXSW, with truck-driver turned fighter Iko Uwais poised to break out as an international star. The Raid: Redemption opens exclusively at ArcLight Hollywood, Century City & The Grove.

That's all for this week. What will you fight for the right to see this weekend?