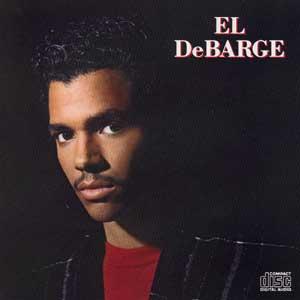 80s R&B star Eldra "El" DeBarge was arrested earlier this week in Encino on suspicion of being involved in a drug transaction, however today city prosecutors say they will decline to file a case against the singer, citing insufficient evidence.

The arrest took place on Monday afternoon, when Los Angeles Police Department officers from the West Valley Station saw a "possible narcotics transaction" go down involving DeBarge, 50, at White Oak just north of the 101 Freeway, reports City News Service. The LAPD say the officers "allegedly recovered narcotics from an area where DeBarge had been standing."

Another person at the scene, Curtis Freeman, was also arrested on suspicion of attempted narcotics possession, however, like in the DeBarge case, prosecutors say they will not be filing charges against Freeman, either, also citing insufficient evidence.

DeBarge, who fronted the eponymous family group known for their hit "Rhythm of the Night," has suffered drug addiction and, consequently, legal woes, since the 1980s. He has been arrested numerous times on drug charges over the past decade, and has not only done jail time, but has been to rehab several times. He suffered a relapse in early 2011, forcing him to be a no-show at the Grammy Awards. He managed to clean up his act this year, and appeared at the Grammys in February.

Here you go...we're saving you the trouble of going to look this up. Enjoy!