Word on the Street: What Do You Think About the GMO Labeling Initiative? 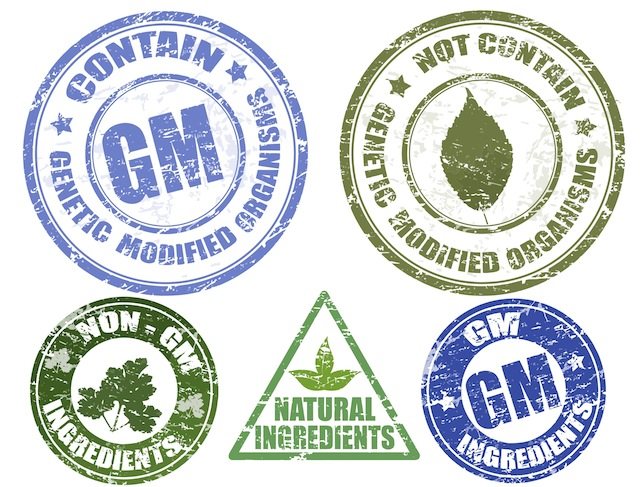 Photo by ducu59us via Shutterstock

It seems like every trip to the grocery store includes an invitation to sign initiatives. As a reminder, initiatives are ballot propositions where a minimum number of petition signatures will force a ballot vote. California is one of 24 states that allow the initiative process, and many groups are currently collecting signatures for various ballot initiatives, hoping to gain enough to qualify for the state ballot in November. One of these initiatives, the California Right to Know Genetically Engineered Food Act, requires labeling of produce and packaged food containing genetically engineered ingredients. Currently, some foods may carry the label "non-gmo" and may be certified by third party organizations. However, this is a voluntary measure.

We wandered around town this week asking what regular folks think about the prospect of seeing foods labeled in this way. Here's the word on the street:

"I think GMOs should be labeled because people have a right to know what they're eating. We should be able to opt out if we want to. If GMO proponents believe there is no harm in creating & consuming these organisms, then they shouldn't care whether GMOs are labeled or not."
- Katie, frequents Hollywood and Santa Monica Farmer's Markets

"I absolutely would support the labeling of foods that come from or include GMOs. In recent years, I have become very conscious of paying attention to where my food comes from and how it's labeled, but also how misleading those labels often can be. My pet peeve label of late is beef that's labeled "vegetarian fed" vs. "grass fed" - there's a huge difference! I would want to know the standard by which the labels are defined, too.
-Chantel, frequents Culver City Farmer's Market

"I think it is a great idea to get food labeled so we know if things are being genetically engineered. I have not always been so conscious of these things, but as I get older and now have a child, I want to know exactly what I am putting in my body so that I can make an informed decision."
-Emily, frequents Culver City Farmer's Market

"The initiative may not have much impact on local businesses. Instead, the impact will be national. On a national level, people read more. On a local level, we have newspapers going out of business, and unfortunately, people don't read much (and don't educate themselves as much). I think California and Florida stand to benefit the most from labeling because they are the most health-conscious states."
-Ollie Henderson, Naturopathic Practitioner and Owner, Natural Health Clinic, Baldwin Hills

"I don't think the labeling will affect us because our customers already expect no GMOs. We serve mostly organic and raw food. Our customers are already cognizant of issues, and we try to stay green and organic."
-Austin, General Manager, Leaf, Culver City

Predictably, people we spoke with who favor and run establishments predisposed to healthy, local and conscious eating seem to be in favor of labeling genetically engineered foods. Is this an isolated subset of people who would like to see these foods labeled? Perhaps not.

According to Frank Plughoff, San Francisco Regional Coordinator at LabelGMOs.org, the state-wide grassroots group has been collecting signatures at grocery stores, farmers markets, concerts and other community events in recent weeks and is on track to successfully get the initiative on the ballot in November. If this happens, Californians will have the opportunity to vote on the measure.

Opportunities to get involved:

Previously in Label GMO 2012 Campaign coverage:
It's Signature Time: Label GMOs Initiative Inches Closer To 2012 Ballot
Tofutti, Tofurkey Or Turkey?
Is California Poised to Change the Nation's Food Landscape?
Hidden in Our Food: GMOs & Your Right to Know
Exercise Democracy at The World Food Day Rally
Mary's Gone Crackers & Speaks Out Against GMOs
Label GMOs Initiative Filed, Will You Sign?
Get Trained To Help Combat GMOs In Our Food