Weekend Movie Guide 03/16: Will Jonah Hill's Latest Have You 'Jump' For Joy? 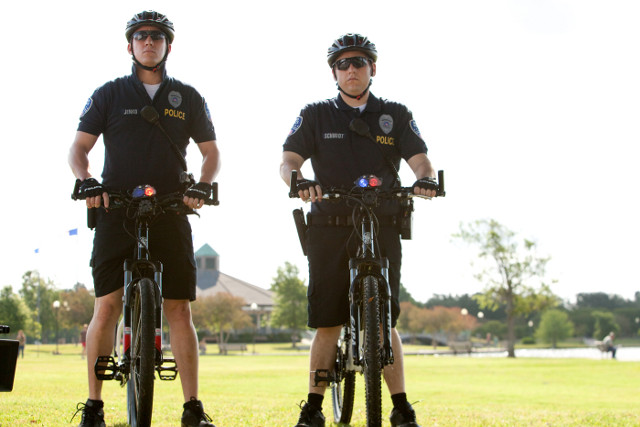 Last night, the Israel Film Festival honored Jonah Hill. Earlier this week, his latest comedy 21 Jump Street scored its own accolades following a premiere at SXSW. It's The Other Guys by way of Never Been Kissed, when high school nemeses turned police partners Schmidt (Hill) and Jenko (Channing Tatum) get schooled in undercover operation as they attempt to infiltrate a high school drug ring.

Hill cowrote with Michael Bacall of Project X & New Beverly favorite Scott Pilgrim vs. The World (that film's Brie Larson also stars here), while directing duo Phil Lord & Chris Miller (Cloudy With A Chance of Meatballs) lend a further animated awareness. Ice Cube amps his hardness into absurdity as an old school police supervisor and Mark Mothersbaugh (of Devo, Wes Anderson soundtrack & "Yo Gabba Gabba!" fame) brings the noise. The trailer left me heading for the hills, but we all have the Miranda right to be surprised.

Footnote isn't involved in the Israel Film Festival, which is somewhat surprising since the Hebrew-language quirkfest swept last year's Israel Academy Awards - and was nominated for one of ours! The film follows father-and-son intellectuals whose family rivalry becomes comically complicated when the old man receives the nation's highest academic honor. Only they meant to call his son. Footnote opens this weekend at the Royal Theatre, expanding to other Laemmle locales next week.

Another, considerably more troubled, father-son dynamic drives The Kid With a Bike, another Academy Award nominee (ours, not Israel's). French-Belgian filmmaking brothers Jean-Pierre & Luc Dardenne craft a slice of life drama concerning an 11-year old boy who becomes obsessed with a bicycle after his father abandons him at an orphanage. While he struggles to maintain hope, the story shifts away from their relationship and towards the boy and a visiting hairdresser who becomes his maternal stand-in (Cécile de France of Clint Eastwood's Hereafter and cult French thriller High Tension). Former documentarians, the Dardennes' film style feels natural without being pretentious about it. The Kid With A Bike opens exclusively at The Landmark and expands into more theaters next week.

That's all for this week. What will you watch this weekend?