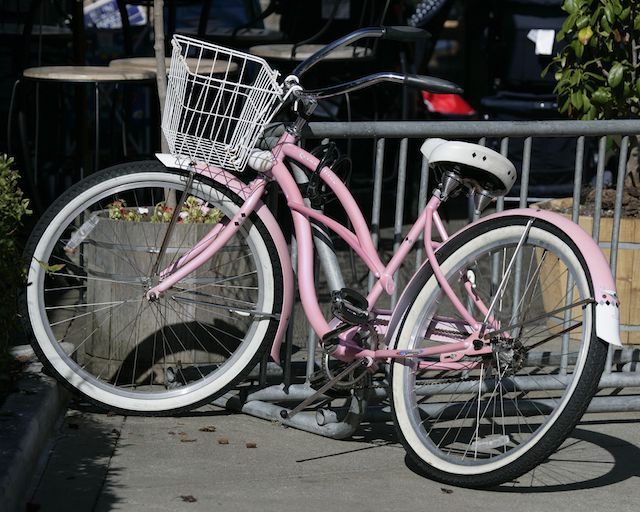 22-month-old Joshua Montes was in his uncle's arms when the two were fatally struck by gunfire in South Los Angeles on May 23, 2011. Neither the boy or the man, Josefat Conchola, were the intended targets of what investigators determined was a drive-by shooting gone awry. Now a pink bicycle may prove to be what links the suspect to the crime.

19-year-old Davion McClelland is facing two counts of capital murder, according to City News Service. McClelland is accused of riding a distinctive pink beach cruiser-style bike while committing the deadly shooting, and witness testimony given at a preliminary hearing to determine if the suspect should stand trial, places McClelland on the bike and at the scene.

Michael Smith, one of the intended targets of the shooting, testified "he and a friend were walking on Hooper Avenue near 55th Street when two young black men riding bikes and wearing hooded sweatshirts passed them, going the other direction." Smith identified one of the bicycles as the pink beach cruiser in question, adding that he heard one of the bike riders issue a gang "call" and then shots were fired in their direction.

Two other witnesses also place McClelland at the scene and on a pink beach cruiser. Video surveillance footage corroborates witnesses' accounts, including testimony from McClelland's aunt, who saw her nephew on such a bicycle.

Smith was not able to say that McClelland was doing the shooting, but did admit during questioning in court that he feared for his family's safety and did not want to return to the neighborhood a "snitch."

McClelland and Smith belong to rival neighborhood gangs that have been at odds since the 1980s, according to a Los Angeles Police Department gang expert.

As a result of the hearing, McClelland was ordered to stand trial for the shootings. Prosecutors have not yet determined if they will seek the death penalty.

Previously
Council OKs $75k Reward in Toddler Shooting Death, Perry Pleads for Perps to Turn Themselves In
Toddler Killed By Gunfire in 'wrong place, at the wrong time'