Sprinkles' Cupcake 'ATM' Has Been Dispensing 1,000 Cupcakes A Day 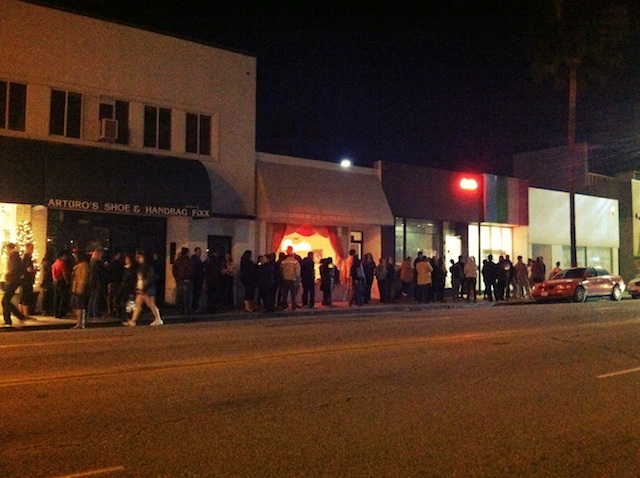 Photo outside of the cupcake automat Thursday night (courtesy of Sprinkles)

Since the Sprinkles 24-hour cupcake automat opened for business on Tuesday, it has been insanely popular. At some points lines stretched halfway down the block, sometimes running 50 people deep. The lines were long, even when the bakery staffed by actual live humans was open.

"At points, there would be no line at the bakery itself while a few feet over, people queued up for their turn to 'withdraw' from the Cupcake ATM!" Nicole Schwartz, a spokeswoman for Sprinkles said.

The automat has been dispensing 1,000 cupcakes a day, which is more than Sprinkles anticipated. The popularity of the machine led to some hiccups Wednesday night, when the automat stopped working. It was dispensing one "withdrawal" a minute, which was faster than the machine could handle.

But Schwartz said Sprinkles fixed the malfunction: "It should not be a problem anymore!"