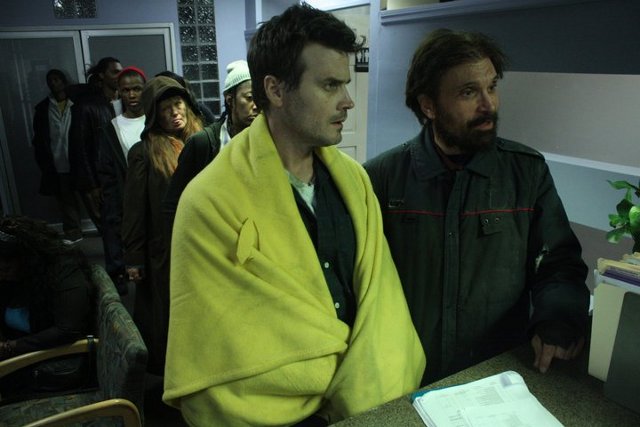 In this week's edition, to spruce up your day, we'll attack The Lorax in a Seussian way! From the animators of Despicable Me, an elaborate tale of a boy and a tree. Its titular creature left Lou in a huff, while liberals lambasted: "It's not green enough!" But say, if I may, just how does it play? It seems Seuss' story got lost in the fray.

Project X uses the found-footage style of Blair Witch Project and Paranormal Activity to showcase another horror: a high school house party raging in real-time. The gimmick could work. First-time director Nima Nourizadeh is a former documentary editor (producer Todd Phillips has roots in this realm as well), while actor-turned-writer Michael Bacall cowrote Scott Pilgrim vs. The World and the upcoming 21 Jump Street. But part of the reason Phillips' films are so funny is that they show extreme party antics are actually stupid and painful. The trailer looks more like teen wish fulfillment, even though that audience would be locked out by the R-Rating. Maybe the batteries in these kids' cameras will last long enough to end on their hangovers.

We lead off the limited releases with a review of Monday Morning, opening at Laemmle's Music Hall. Shot on the streets of Santa Monica & Skid Row, the film tells the tale of Thomas Bach, an arch conservative Congressional candidate in Minnesota. When he hits our shores in secret to squelch a potential scandal, he's knocked out cold. Awakening without any memory of who he is, he falls in with a band of homeless people. As his health fails & his campaign team tries to locate him, will they find the same man?

Monday Morning is both a timely film & a rarity in today's political climate: a fair-minded portrayal of an unpopular (amongst "liberal Hollywood") political view. Bach is neither a Bush-esque buffoon, a back-alley insider nor a bad guy. That's not to say filmmaker Nat Christian endorses his beliefs - he calls Bach's experience one of "enlightenment" where "his true nature emerges". Additionally, some surprising (& sobering) scenes of abuse of homeless people underscores the end credits' reminder that "many homeless people have been harmed before, during and after this production". But despite the merits of its message, Monday Morning falls into the trappings of many micro-budget features: it tells when it should show. Christian, cast & crew will appear for a Q&A after the screening Monday evening.

(Trailer embedding for Monday Morning was disabled. Here's a link.)

Being Flynn stars Robert De Niro & Paul Dano (There Will Be Blood) as father-and-son writers in another homeless struggle. Talent & trouble run in the family, as Nick Flynn (Dano) tries to conquer his own demons by volunteering at a shelter. This becomes complicated when he discovers the king of them all - long-lost father Jonathan (De Niro) looking for a room at his shelter. Julianne Moore costars as Nick's mother. Paul Weitz (About A Boy) directed & adapted the screenplay from the real Nick Flynn's autobiography Another Bullshit Night in Suck City.

Let the Bullets Fly is both the title of Chow Yun-Fat's latest film & a summation of his career in "gun-fu" classics like Hard Boiled & The Killer. Set in 1920s China, Bullets stars Fat as a rural crime lord baron in Goose Town. A new challenge to his rule comes from incoming gang leader Jiang Wen (Devils on the Doorstep) & Ge You (Farewell My Concubine) as a small-time crook pitting one against the other to keep his goose from getting cooked. The increasingly absurd action recalls a meaner-spirited Kung Fu Hustle, hyper-violent & hilarious. Already the highest-grossing Chinese film of all time, Let The Bullets Fly has picked up steam Stateside at last year's Tribeca & Fantastic Fests. The unrated film opens exclusively at Laemmle's NoHo7.

That's all for this week. What will you be watching this weekend?