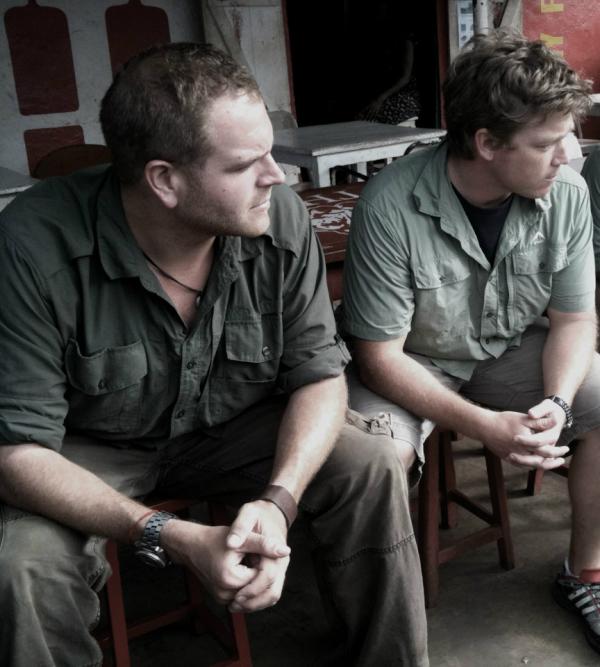 Josh Gate with "The Amazing Race" producer Jeff Rice in Madagascar. He tweets, "I can't believe you're gone, buddy."

A producer for "The Amazing Race" Jeff Rice was found dead in his Uganda hotel room with production assistant Catherine Fuller. The pair were found with large quantities of cocaine in their stomachs, raising questions about whether they were involved in a botched drug deal or poisoned. Ugandan police maintain the pair simply overdosed.

Rice was discovered dead at the scene, while Fuller remains hospitalized in a coma. An autopsy found large quantities of coke in Rice's stomach, The Daily Mail reported. An addiction specialist points out that if the pair had overdosed while trying to snort cocaine, only trace quantities would have been found in his stomach. Some have speculated that the pair were involved in a botched smuggling operation, but TV sources say that the pair were poisoned after a failed shakedown.

Rice and Fuller were not currently working on CBS' "The Amazing Race" when they were discovered in their hotel room, but they had done some work on the current season, which airs this Saturday. Rice was from the US and had worked in Los Angeles before moving to South Africa.