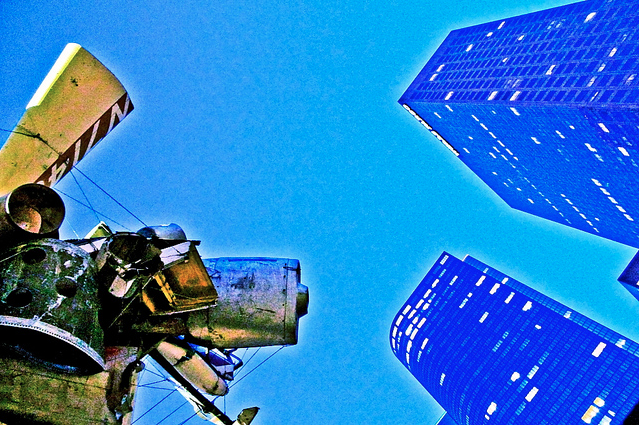 Have you ever wanted to adopt an alias? It must feel powerful to create a name that people have to call you, one that doesn’t even have to be a real word. Read on for overheard conversation on half-naked men, wingback chairs, and Robin.

Overheard of the Week
“Skrillex sounds like Transformers screwing.”
Via @leesacks

The Slash Career
“I'm a magician, actor, and PhD in neurobiology.”
On a hike via @StumbleLeap

Cribs, College Style
“I'd like to decorate my daughter's dorm room like this lobby. She'll have a fireplace. Ooh, a wingback!”
At @shuttersonthebeach hotel via @ettadesigns

The Neighborhood’s Gone to Hell
(Staff ushers a half-naked shouting guy out of the shop) “I miss the old Venice.”
At Groundwork via @HunterCheryl

LA Optimism?
“I'm going to Boston. I didn't bring a jacket, but like I think I'll be like...fine.”
At LAX via @marymumbler

Easy Mistake
“I thought Robin was Batman's girlfriend.”
Via @A_Felds