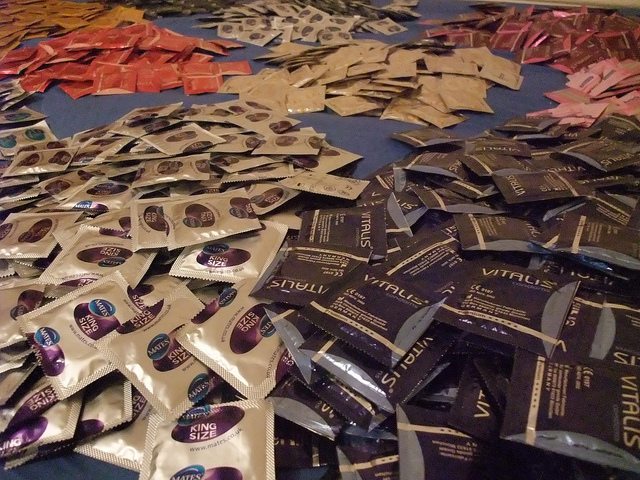 Today is International Condom Day, and no better day to kick off the Condom Nation tour, as an 18-wheeler departs on a six-month-long 20 state tour to distribute millions of free condoms.

Condom Nation is sponsored by AIDS Healthcare Foundation (AHF) and will feature advocates with "cigarette girl"-style trays of free condoms to hand out to all they encounter in their various stops. The tour starts off today in Venice Beach with a press conference at 1:30 and the truck pulling out at around 2 p.m.

Here's what's ahead for the Condom Nation tour, via AHF:

AHF President Michael Weinstein calls the Condom Nation tour "a serious, yet somewhat whimsical and creative effort" by the group to promote increased condom use.

The group was also a major proponent of the recent legal action to have the City of L.A. held responsible for ensuring adult entertainment performers comply with state regulations about workplace safety by wearing condoms during the filming of adult movies.

You can catch the Condom Nation truck on the Venice Beach Boardwalk at Oceanfront Walk and Windward Ave (Windward Plaza) from Noon until 2 p.m. today.