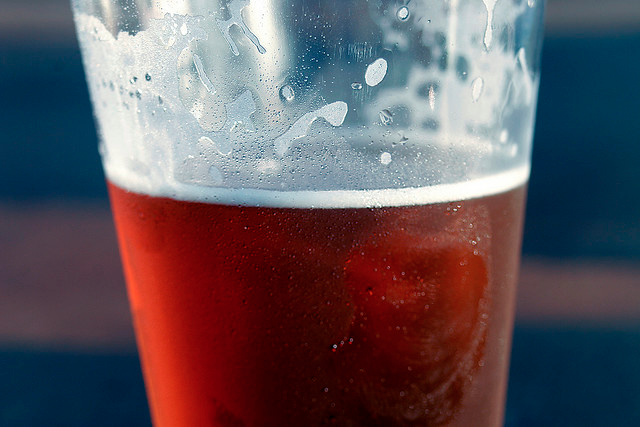 Photo by Alan Heitz via the LAist Featured Photos pool

A boss that acknowledges the realities of Super Bowl Sunday? Refreshing. This week’s Overheard in L.A. round-up includes overheard conversation on Robin Hood, Portia de Rossi and the big-bang theory.

Overheard of the Week
“Don't everyone come in too [hungover] on Monday... just enough to get your job done!”
Via @stephanietomlin

Robin Hood and His Merry Men Stock Up
“Do they sell bows & arrows here?”
At a liquor store via @DrZaiusWasRight

Unique Vantage Points
“I’d love to be a fly on the wall of THAT vagina!”
Via @blainecapatch

They Both Start With “S”
“I didn't know there was a difference between Sweden and Switzerland.”
At Hugo’s via @KatieAdlov

Sorting Out The Jesus Question, Once and For All
Guy 1: “The Jews didn't believe in Jesus.”
Guy 2: “No, the Jews believed in him, they just didn't think he was magic.”
At a rehearsal via @DrBubblesMD

Humility in a Nutshell
“My book is about how the universe came into existence. I pretty much destroy the big-bang and creation theory.”
Via @StoneDarling

Future Politician
“I'm not anti-war, but I'm like, against it.”
In the subway via @MarkJAlderson