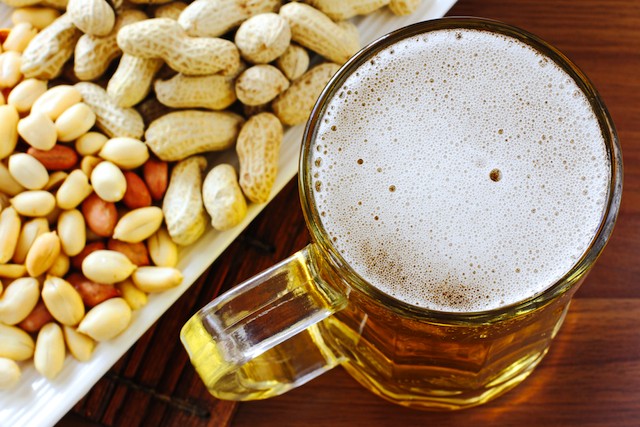 Photo by Barnaby Chambers via Shutterstock

Are you ready for not just SOME football, but THE football game of the year? Super Bowl 46 is happening this Sunday, February 5 (kickoff is 3:30 p.m. local time), and if you don't already have a seat booked on your favorite couch, you might want to consider heading out to eat, drink, and see the Patriots and the Giants play for the championship.

While there are plenty of bars and restaurants that will have their TVs on and airing the game, a few Los Angeles-area places have come up with some specials to add some cheer to the day, and we've got our picks for seven spots where watching the Super Bowl is bound to be delicious.

THE CHURCHILL
The screens will be on the game, but your mind may be on the menu of special sliders, tacos, and nachos at The Churchill. Check out the Sautéed rock shrimp tacos with spicy greens and spicy crema, or the sliders (served in pairs with fries) like pulled pork with spicy slaw and mojito aioli. Plus, all-day drink specials: $4 Modelo Especial; $6 Svedka Infusion (Chili Cucumber) with 7up; $4 wells, $4 select wines and drafts.

RUSH STREET
Rush Street has 14 flat screens that will be showing the Super Bowl, plus $4 Miller Draft, a Super Bowl Mega-Menu and team-themed drink specials. Upstairs and downstairs at the popular Culver City sports-centric bar and restaurant will be all about the big game. Reservations recommended.

GOLDEN ROAD BREW PUB
Golden Road's Brew Pub is one of the newer kids on the block, but they've got a fun space, screens for catching the game, great Golden Road brews (made next door) along with guest taps featuring other delicious beers, and a fun menu that includes a ton of vegan and veggie options.

FUKUBURGER
We haven't gotten wind of any specific Super Bowl specials*, but since the folks at FukuBurger are always in a partying mood, it's sure to be a lively option for watching the game and checking out their Japanese-inspired menu of burgers, fries, and drinks. *Fresh to our inbox, the FukuBurger Super Bowl details:

FukubugerLA will be showcasing the Super Bowl game on their large projector screen, and will be featuring a "Super Big Sake Bowl" for $20 and a "Super Big Soju Bowl" for $24. There will be a Tom Brady shot for $3 for Patriots fans, an Eli Manning shot for $3 for Giants fans, or a Fuku Flight of 3 shots for $10. Large party packages will be available in a limited amount, and will include VIP seating, 6 burgers, 3 edamame, 4 sides, 2 pitchers of beer, and a choice of Fuku bowl all for $250.

THE TRIPEL
If you're beach-bound and looking for a place to watch the game, consider The Tripel in Playa del Rey. Forget chips and dip; they're tantalizing football fans with dishes like Baked Potato Dumplings with Pancetta, Mushrooms, Salsa Verde, topped with a Poached Egg.

CITY TAVERN
Culver City's City Tavern will feature an all-day happy hour with $10 craft beer growlers, and menu items like meatballs and Spanish chorizo pigs in a blanket to nibble on. Plus, they're opening an hour early, at 2:30 p.m., so Patriots and Giants fans alike can settle in ahead of the game. If you've got a group of game watchers, you might want to reserve a Table Tap booth where groups of up to 8 can pour their own beer all game long and have prime views of the flat screen TVs.

Doing a little Overtime: Of course Los Angeles is full of favorite watering holes and burger joints where the TV sets will be tuned to the big game and the crowd pumped for the action. There are a couple of other noteworthy lists rounding up some local spots to check out. We like marpop's "Where to Go for Beer & Burgers" and Compassion Over Killing's shortlist of L.A. spots where you can enjoy Vegan eats and the Super Bowl.