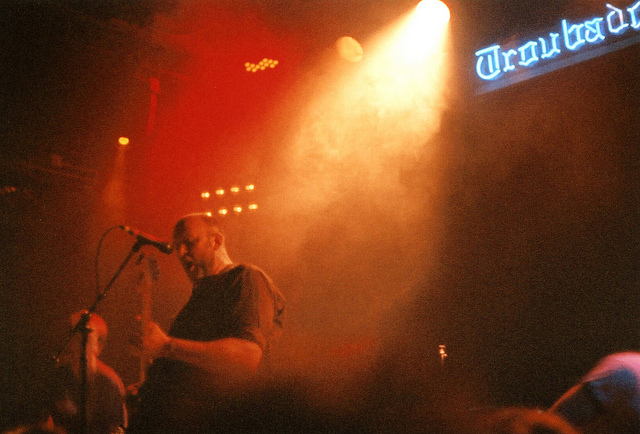 By J.Jakobson via the LAist Featured Photos pool

There’s no predicting the shenanigans that can go down at L.A. after parties. One lucky lady has found a fail-proof method to stay safe at such events. This week’s Overheard in L.A. round-up includes overheard conversation on amateur astronomer night, Shiva and serial killers.

Overheard in L.A. relies on you to send us the strange conversations you overhear in this city. Send them our way at overheard@laist.com. (In the email, be sure to tell us who said it, where they said it and any amusing context.)

Overheard of the Week
Woman 1: “What goes on at the after party?”
Woman 2: “I don't know but I'm on my period, so I'm safe.”
At the Troubadour via @trojanchick99

Nerd Heaven
“Is anybody missing a moon filter?”
At the amateur astronomer night at Griffith Park via @kirinkalia

And Goji Berries, Too
“Shiva's an asshole, dude. It's ALL about Brahma and Vishnu.”
On Larchmont Boulevard via @MrSmolin

It’s Not a Party Until…
“Let's open up that Chex mix and really get this party started.”
At a party in Silverlake via @TonePalacios

It Starts With T-Shirts
Person 1: “Should I get this?"
Person 2: “No! Don't buy something ironically.”
Person 1: “You're right, I do that."
At Ameboa Records via @sergiocilli

Whatever That Is
“I should have known Ferris Bueller was a John Hughes movie. It really has that John Hughes lighting.”
At a @jonahray album taping via @HardcoreGlutton

Celebrity Hierarchy
“My girlfriend is into celebrities. But Vanity Fair celebrities, not US Weekly.”
At LAX Chili’s bar via @MichaelAusiello

Why Stop With Global Warming?
“Science is a sham. It's like living with blinders on.”
Runyon Canyon via @JenSchwalbach

Scrapbookers Unite
“I was watching Criminal Minds and I got SO excited because the serial killer had a scrapbook.”
In the Conan audience via @lizbohnsack