Forever Young: Demi Moore Rumored to Be Doing Whip-Its Like All the Cool Kids 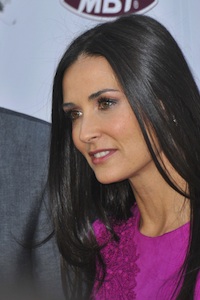 Demi Moore via Shutterstock.com
Call it the "Kutcher effect," but Demi Moore's recent trip to the ER is being blamed on a drug best associated with bored kids from the 'burbs: whip-its.

Paramedics responded to Moore's home Monday night, and her publicist cited the very grown-up and Hollywood excuse of "exhaustion." (As in: "Could you call an ambulance to fetch me? I am simply too exhausted, dahhhling.")

But TMZ is reporting that a friend of Moore called 9-1-1 after the actress inhaled so much nitrous oxide that she began to have the symptoms of a seizure.

Inhaling nitrous oxide by doing whip-its is typically associated with young'uns who don't have access to other drugs—not top-earning 40-something actresses.