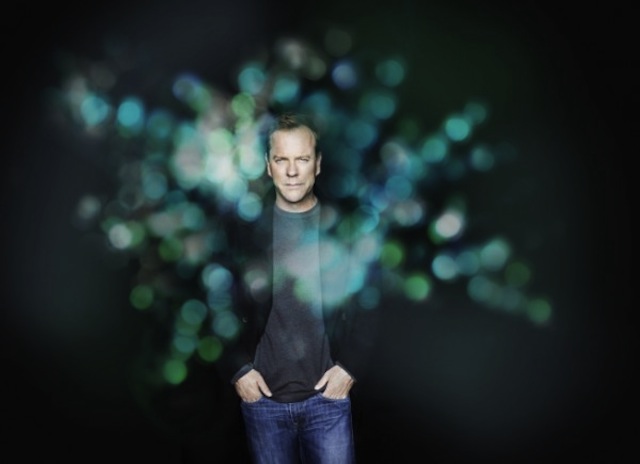 Kiefer Sutherland is back on TV with "Touch" on Fox at 9pm
Tonight Kiefer Sutherland returns to primetime TV tonight with the premiere of "Tough" on Fox at 9pm. Sutherland plays a single Dad who discovers that his son may have special powers. "24" it isn't, but Sutherland has millions of fans worldwide that he's hoping to rope into this new idea. From what I've seen, the writing is pretty good as are the performances, but the question is if it has legs. We'll see if the numbers that Fox picks up tonight are maintained as the weeks progress.
—-
Fox has given the green light to a new comedy series from Bill Lawrence, the man who has brought us "Scrubs" and "Cougar Town." The series, currently titled "Like Father," is inspired by Lawrence’s real-life experiences, and it centers on a father-son relationship. No air date has been set at this time, but Lawrence has another series in the works with CBS, meaning if "Cougar Town" does get the ax, the man is still going to be pretty busy.
—-
In a move that doesn't look good for the series, HBO has moved "Treme" from its typical April season premiere to "sometime in the Fall." The critically acclaimed show about post-Katrina New Orleans does not have a specific date, so I wonder how much of it has been shot yet, if any.
—-
Fans of "Eastbound and Down" will want to check out the behind-the-scenes video clip at the end of this post.
—-
The TV Junkie Must- Watch Plan: "Nature," "Touch," "The Soup," "Conan," "Jimmy Kimmel Live"

8:00pm Nature PBS SoCal/KOCE - Fortress of the Bears Some 1,700 brown bears take up residence in the Tongass National Forest in southeastern Alaska.

9:00pm Touch Fox - Series Premiere. After widower Martin Bohm discovers that his emotionally impaired 11-year-old son can predict the future, he meets with a social worker and a professor who may be able to unlock the boy's mind.

10:00pm The Soup E! - Joel McHale and crew have been doing great stuff after the move from Fridays to Wednesdays.

10:00pm Face Off Syfy - Rock Your Body Contestants are asked to create art worthy of Asher Roth's album cover with a twist.