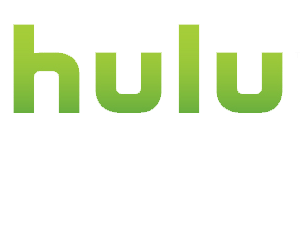 Hulu may be helping to define indie-TV but will that be enough to keep Hulu relevant?
Weekend Edition

A Few Words About Hulu: On the last day of the Television Critics Association (Sunday, 1/15) I was invited to a special presentation by Hulu, you know, that place on the web where you can watch current and syndicated TV shows on your own time. Hulu has been creating original programming for a while and this winter/spring they are launching some new programs and seasons of shows that are surprisingly sophisticated and are much more than a "web series." Two of the shows are documentary in style: Morgan Spurlock's "A Day In The Life" whose second season begins in March, and Richard Linklater's "Up To Speed."

"A Day In the Life" is a familiar concept: follow a subject around for a "typical" day in their lives and boil that experience down into a 22 minute episode. Of course, the subjects are what's key and it has to have been Spurlock's credibility that secured some amazing individuals to the show, people as diverse as Richard Branson and Girl Talk. While Spurlock couldn't make the presentation, I was delighted to see Marc Maron was to be a part of it, along with series co-producer Jeremy Chilnick. Maron was one of the subjects of the show and we got a teaser clip of him welcoming Mindy Kaling of "The Office" into his home and the WTFpod studio. True, this was not like jumping on jet after jet with Richard Branson, but credibility and honesty are core to what Maron produces and his endorsement of what he's seen of his episode is enough for me to check out "A Day In The Life" for real this time.

Richard Linklater then got on stage to discuss "Up To Speed" which will debut some time this summer. "Up To Speed" is a travelogue dependent upon its host, Timothy "Speed" Levitch, an eccentric guy who is familiar with the minutia of forgotten or ignored American monuments. While this is an episodic documentary, one gets the feeling, even from the short clip that was shared with us, that Linklater provides "Speed" the kind of space he allows the characters in his narrative films. The show could be cool - it just seems to far away and there is too little to see right now to make a judgement.

Finally we got to Hulu's first scripted series, "Battleground," which is produced by JD Walsh, Hagai Shaham and Marc Webb, which will premiere in a few weeks on Valentine's Day. The show is about a team of political consultants who have been hired to lead a 3rd tier candidate in the Wisconsin senate race. While I'm not sure that audiences will want more or less political programming during what already feels like an endless election cycle, what's interesting about this show is that it isn't a comedy or drama, the producers just wanted "the best" possible show about the behind-the-scenes drama of a political campaign and if there was opportunity for comedy, they were open to it. There seemed to be plenty of comedic moments in the clip that we saw but I kind of doubt that the show has a 50/50 split between drama and comedy. The cast is led by Jay Hayden, who plays campaign manager, Chris "Tak" Davis but the revelation, performance-wise, was Alison Haislip, who plays the team's IT manager, Ali Laurents. I've been a big fan of Haislip's work on G4 and it's great to see her working as an actor here.

How much of an impact are these shows going to have in terms of content and for Hulu's future? A few months ago YouTube began to line up partners and develop "channels" of new, and presumably higher-end, content in response to Hulu's first round of shows last year. While it would be great for Hulu if any of these shows became a big hit, they're going up against YouTube which currently enjoys 8 times as much traffic as Hulu according to the New Yorker last week. Obviously Hulu needs to develop both new content as well as continue to shore up its stable of TV reruns: for example, currently Hulu is located in the same building that produces "Chelsea Lately" and "After Lately" yet I can't watch those shows on Hulu, or anywhere else but TV from what I can tell. Yes, Hulu would have to cut a deal with NBCUniversal to run those shows but I think Hulu should get on that, while continuing to help define what online-TV or indie-TV looks like if they want to remain a success.
—-
FYI: "Conan" warm up comic Jimmy Pardo is headlining the Hollywood Improv tomorrow night (Saturday 8pm & 10pm) - he's got a really great full set that you've got to see if you have the chance.
—-
Speaking of "After Lately," there will be a new episode of the show this Sunday night at 11pm on E! after taking a break for the Golden Globes. Between Sunday's Showtime lineup and tonight's full schedule of great new episodes of "Real Time," "The Life & Times of Tim," "Portlandia," and "Todd Margaret," it looks like Saturday you will have to leave your TVs off because there simply isn't any new programming on (or perhaps turn on Hulu?). If you're a fan of "The Increasingly Poor Decisions of Todd Margaret" you'll want to read my recent interview with David Cross.
—-
The TV Junkie Must-Watch Plan: Tonight - "Real Time With Bill Maher," "The Life & Times of Tim," "Portlandia," "The Increasingly Poor Decisions of Todd Margaret," "Late Show With David Letterman," "Late Night With Jimmy Fallon." Saturday - The Letter. Sunday - "Shameless," "House of Lies," "Californication," "After Lately."

9:00pm The Life & Times of Tim HBO - Pudding Boy; The Celebrity Who Shall Remain Nameless While on a business trip, Tim is haunted by his past; Tim and Amy sign a VIP privacy form.

9:00pm Fringe Fox - Enemy of My Enemy The alternate Fringe division faces a new adversary in a race against the clock.

9:00pm The Taking of Pelham One Two Three TCM - (1974) Four men hijack a crowded subway train and threaten to murder one hostage for every minute the ransom demand is late.

10:30pm The Increasingly Poor Decisions of Todd Margaret IFC - How The Liver and The Salad Conspired to Ruin Todd's Good Deed On morphine, Todd mistakes a teddy bear for Alice's former boyfriend.

9:00pm The Letter TCM - (1940) A woman (Bette Davis) in Malaya kills a man, telling her husband (Herbert Marshall) and lawyer (James Stephenson) it was self-defense.

10:00pm Pan Am ABC - New Frontiers Maggie shares her reservations about Amanda (Ashley Greene) with Ted; Colette befriends an attractive, mysterious man during a flight to Rome; Dean is accosted by customs officials looking for a smuggler; Kate learns how to be a pickpocket.

10:30pm Californication Showtime - Boys & Girls Hank's attempts to leave New York are thwarted when he's asked to show a night on the town to Kali.