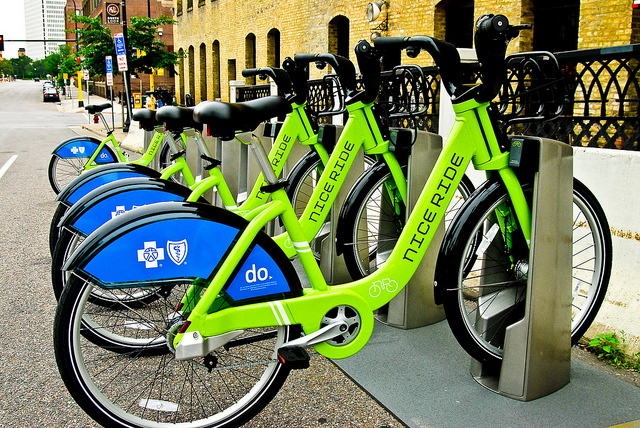 Bike-sharing programs are finally on their way to Los Angeles County, but whether they will be well-coordinated and integrated is up to Metro. These programs—which have popped up in Paris, Denver and Minneapolis—allow users to swipe a credit card and rent a bike for a short jaunt from one (hopefully) well-placed bike kiosk to another.

The infamous sprawl of the Southland and its many municipalities makes it a challenge compared to other cities. That's why Metro is hosting meetings to think about the big picture: what would a county-wide bike-sharing program look like?

Already, three cities have plans and funding in the works: Santa Monica, Long Beach and Los Angeles (in downtown and maybe Hollywood). Metro hosted a meeting yesterday to discuss how its role in coordinating and integrating these cities' (and future cities') plans, according to LA Streetsblog.

Metro wants to make sure that cities are able to integrate their technology, according to a handout on its website. That would make the systems more useful if it expands: if Venice one day decided to get into bike-sharing, a well-coordinated system would allow you could take a bike in Venice and drop it off at a kiosk in Santa Monica. Metro also wants to start thinking about bike-sharing, so that it can start looking for funding and set up kiosks at its own stations.

But Metro’s bike share strategy needs full approval of the board before it becomes policy, Streetsblog reports.