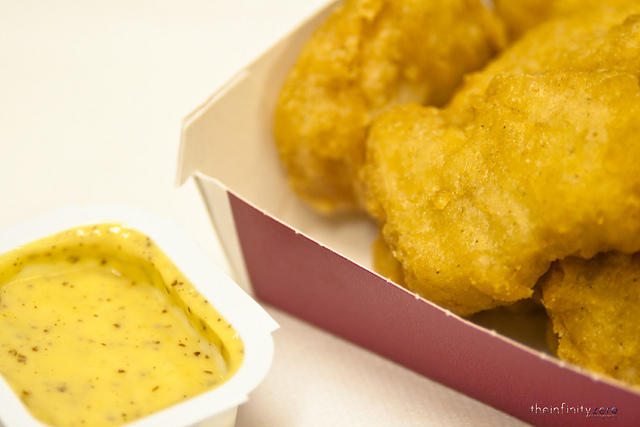 We couldn't make this up: A Los Angeles woman was arrested last week for allegedly offering sexual favors at a Burbank McDonald's in exchange for Chicken McNuggets.

The woman, Khadijah Baseer, was seen opening customers' car doors in the drive through late Wednesday night, according to the Burbank Leader. Baseer was allegedly offering to swap sexual favors for the fast food item.

It is not known what kind of tricks she was allegedly offering to perform for what quantity of the chicken-y fried treats, or if different levels of sexual engagement would yield a larger box of nuggets.

One witness reported Baseer's unique proposition to the authorities, and the woman was arrested on suspicion of prostitution.