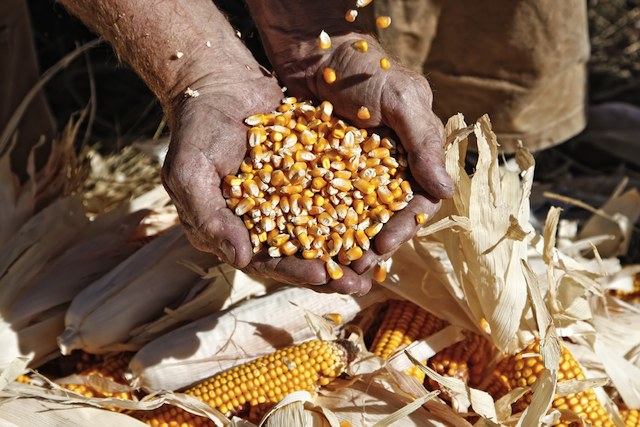 Photo by Lincoln Rogers via Shutterstock

The Seed Library of Los Angeles - an exciting new addition to the Los Angeles food community - embarks on its second year in lending its seeds to the community. Also known as SLOLA, the infant organization had its first meeting at The Learning Garden in Venice on December 4, 2010, when 45 people huddled together for warmth on one of the coldest days of the year. This group became the foundation for what is now a legitimate organization with over 250 members and one that holds over 250 varieties of open-pollinated seeds that are not genetically engineered.

Seed libraries hold seeds in trust for the community, much like literary libraries. Members "borrow" seeds to grow plants in their garden, and at the end of the growing season, save some seeds from this stock to return to the library. These seeds are available again for others to use for planting. The constant cycling of these living seeds is vital to keep diverse varieties of plants from going extinct. Diversity in food plant variety is one aspect of long-term food security for any human community.

Seed libraries are not just places to build viable and diverse seed collections. SLOLA, like other seed libraries, educates its members about local gardening practices (including seed-saving practices) and food security issues, safeguards open-pollinated (not genetically engineered or hybrid) seed stocks and promotes self-reliance and local access to healthy food for all income levels.

SLOLA is chaired by David King, Gardenmaster at The Learning Garden and a well-known figure in the local urban garden scene. In an October 2011 interview, he noted how the organization has inspired him throughout its short but dynamic period of growth since he began coordinating the group a little over a year ago. "The organization has never ceased to amaze me as to how many people and the quality of people it attracts. It is absolutely stellar. It moves forward in leaps and bounds and sometimes I am not even aware of it."

King considers SLOLA to be a key player in a local food movement that has emphasized decentralizing food sources away from large conglomerates and towards local, family farmers.

We can make a better food system...because fresh is going to be better. Fresh and local is going to taste better, it's going to be better for us and is better for our own internal economy. Rather than sending our money out of state or out of town, we're spending our money locally. If we have a farmer that goes out to the farmer's market and we pay him every penny that's worth for his food, he is a better consumer for our economy, than if we go to [a large grocery chain] and spend the same amount of money, because that money goes out of state. It doesn't stay in this community, it doesn't do us any good...Why don't we just give it to the farmer?

King goes on to say, "I think growing your own food, and eating local - it's a win-win. The more we do that, the more we can eat local food." As to the future of the organization, King hopes to see satellite libraries develop throughout the L.A. area as the organization grows.