Overheard in L.A.: How Movie Concepts Get Recycled 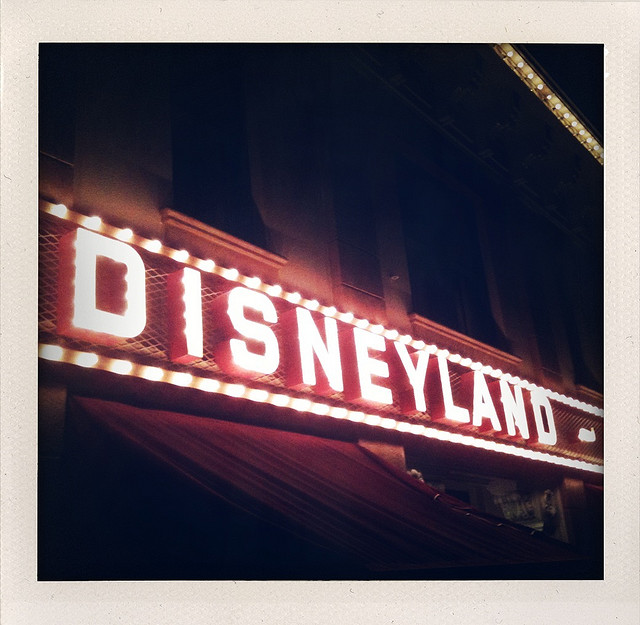 Disneyland: the most magical place on Earth—and in one woman's case, inspiration for cutting-edge ideas. This week's Overheard in L.A. round-up includes overheard conversation on texting while dating, Spanx and what taking a bath has to do with anything.

Overheard of the Week
"Hey, we should make a movie based on that Indiana Jones ride."
At Disneyland via @BittrScrptReadr

I Want a Refund
"There wasn't even any puke in this movie."
After "The Devil Inside" via @cahcat

Now He's Not Going To Take You Seriously
"I sent him an emoji and I just don't know if it's too soon in our relationship. I mean, he's very businesslike."
Via @AmyDresner

What LA Thinks of the Rest of America
"Adele is super successful because she's fat and people can relate."
At the gym via @khrislorenz

I Can Assure You It's Relevant
"OK, that's irrelevant to the story, but yes, I was taking a BATH."
Via @proto8

Bold Move, Sir
Man: "I broke up with my girlfriend."
Woman: "Oh no! When?"
Man: "As soon as she gets this text."
At a coffee shop via @NathanFillion

He Really IS Into Her
"I know he totally likes you. I feel energies and not even like physical ones."
Via @PatBoccuzzi

The New Coconut Water
"Honey, let's get THIS water - the bottle says it's GLUTEN FREE!"
At Whole Foods via @SuzyHenschel

Not Yet, Anyways
"You can't Spanx back fat.”
At IHOP via @MrsKharma